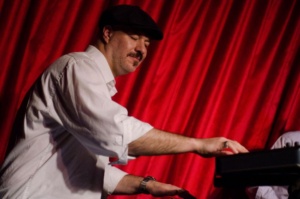 Despite the continued and haunting presence of Covid 19, the jazz scene has, at least, been moving in the right direction. Take, for example, this month’s sounds that can be found in Denver. In addition to appearances by many fine area-based players, you can hear New York-based Hammond B-3 man Brian Charette and New York-based, Austrian-born guitarist Wolfgang Muthspiel at Nocturne and Dazzle respectively. Charette is at Nocturne on January 26, while Muthspiel hits Dazzle on January 29 and 30.

Muthspiel has been on stage with a host of noted players and he records on ECM with his own bands. His current disc Angular Blues features bassist Scott Colley and drummer Brian Blade. That is also the rhythm section driving saxophonist Joshua Redman’s Still Dreaming group, inspired by the Old and New Dreams band that included Joshua’s father, Dewey Redman, on saxophone. And it is the Blade/Colley team that is with the guitarist at Dazzle. By the way, the Denver connection is here in the person Ron Miles who plays the cornet in Still Dreaming.

Charette is up first returning to Nocturne on Wednesday, the last day of the current musical week. At Nocturne, Charette has climbed into the top-ten list of established hands on the Hammond B-3; and at this visit, he is doing a double organ trio with Jeff Jenkins and drummer Michael D’Angelo at 6:30 and 8:45 p.m. 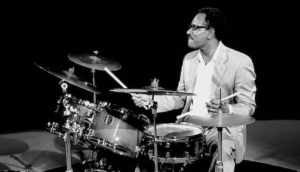 Also this week, drummer Harold Summey, who won the 1992 Thelonious Monk drum competition and has relocated to Denver from the East Coast, does Nocturne on Sunday with a trio on Sunday, January 23, at 6:30 and 8:45 p.m. Another double play this week at Nocturne is pianist Tom Amend’s Double Drummer Quintet on Saturday, January, 29, at 6:30 and 9 p.m. 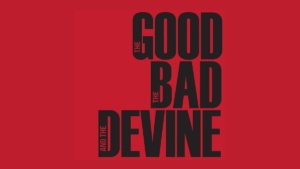 This week, jazz also takes its yearly bow to the Denver Western Stock Show with guitarist Dave Devine doing “The Good, The Bad, and The Devine.” That outing offers the music from Ennio Morricone’s scores for the Italian spaghetti Western films. The spaghetti starts cooking on Friday, January 21, and Saturday, January 22, 6:30 p.m. at Dazzle.