When drummer Shelly Manne left the L.A. Four, Jeff Hamilton stepped in to keep the popular group (with Ray Brown, Bud Shank and Laurindo Almeida) grooving along. Over the years, Hamilton, who will be at Nocturne on Tuesday, also kept things cooking with the Monty Alexander Trio, the Ray Brown Trio and the Clayton Hamilton Jazz Orchestra.

Before Hamilton comes to town, you can catch the superb pianist Aaron Parks at Dazzle at Baur’s, 1512 Curtis, on Friday. When he was all of 18, the Seattle-born keyboardist joined trumpeter Terence Blanchard’s potent group and can be found on a number of Blanchard’s recordings. He also worked with a variety of younger players, such as trumpeter Ambrose Akinmusire, as well with saxophonist Joshua Redman in the band James Farm.

He returns to Dazzle with his knockout group Little Big that has Greg Tuohey on guitar, David Ginyard on bass and Tommy Crane on drums. This band, that is on Parks’ 2018 CD titled Little Big, jumps genres in the most compelling manner. It can capture your attention with an insistent groove and keep it with simply top-notch playing. Little Big is on stage at Dazzle on Friday at 7 and 9:30 p.m.

On Saturday, Dazzle also has an interesting event with area-based players called “Generations of Bebop” that features three pianists (Tom Amend, Tenia Nelson and Jeff Jenkins) covering the bop piano tradition. Drummer Ed Breazeale and bassist Peter Huffaker provide the anchor for the music that takes off at 7 p.m.

On Thursday, the late night sessions (at 10:30 p.m.) at Dazzle continues with its focus on Miles Davis and his Prestige sessions. It has been 63 years since Davis stepped into the studio to fulfill his contract with the Prestige label in a marathon studio session with his great quintet made up of John Coltrane, Red Garland, Paul Chambers and “Philly” Joe Jones. The result of that session are the classic albums, Workin’, Steamin’, Cookin’ and Relaxin’.

Dazzle also has the Ken Walker Sextet on Sunday at 6:30 p.m., student combos from Metropolitan State University Denver led by guitarist Dave Devine and Shane Endsley a nationally known member of the band Kneebody who, like Devine, teaches at MSU Denver on Tuesday at 6:30 p.m.

And that’s not all. Pianist/writer/composer Ben Sidran closes out the musical week at Dazzle on Wednesday starting at 6:30 p.m. with a trio that has Billy Peterson on bass and Leo Sidran on drums. The MAS event is presented with JAAMM at Dazzle and Sidran will be on KUVO on Wednesday at 12:30 p.m. 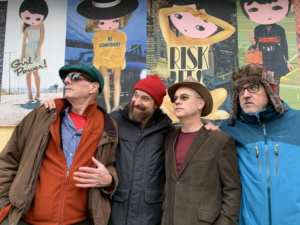 Also, the flamenco-jazz group New Bojaira (with Alfonso Cid, Jesus Hernandez, Tim Ferguson and Mark Holen) performs on Thursday in the Student Success Center on the Auraria Campus at 7 p.m. (303-556-2296). The flamenco theme has roots in jazz and New Bojaira with its current CD Zorongo Blue (that has trumpeter Randy Brecker as a guest) expresses those roots in a pulsating manner. Additionally, the band appears on a panel at MSU Denver in the King Center, Room 420, at 2 p.m.