In 1982, Boston-based alto saxophonist Jimmy Mosher released an album called A Chick from Chelsea based on the disc’s title track. That Chick is pianist Armando Anthony “Chick” Corea who by then was emerging as one of the most important keyboard players on the scene – and also was someone born and raised in Chelsea, Massachusetts (a city next to Boston). 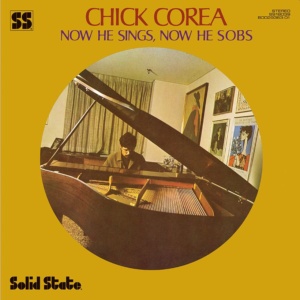 Corea passed away on February 9, leaving a massive legacy in jazz. On the national scene, he got things started playing with the Latin bands of Mongo Santamaria and Willie Bobo in the early 1960s, followed by stints with trumpeter Blue Mitchell in the middle of that decade prior to recordings made on his own during the latter part of the decade (starting with Tones for Joan’s Bones in 1966 and Now He Sings, Now He Sobs in 1968).

In between those two albums, Corea joined Stan Getz’s imposing quartet that also included drummer Tony Williams, bassist Stanley Clarke and percussionist Airto Moreira). There were also short stays with Art Blakey and the Jazz Messengers, Sarah Vaughan and the Harold Land/Bobby Hutcherson Quintet. And then Miles Davis came along and Corea joined him on In a Silent Way in 1969 and Bitches Brew in 1970.

Looking back to adventurous acoustic music, he left Miles, along with bassist Dave Holland, to create the avant-garde group Circle that would include saxophonist Anthony Braxton. Then, moving a little later into the 1970s, Corea emerged with the popular, rock-styled group Return To Forever and tunes, like “Spain,” that would become musical standards. 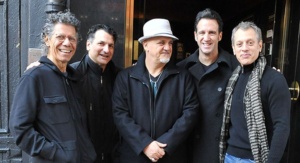 In 1985, he formed the Elektric Band and soon after the Akoustic Band. Additionally, he did duo tours with vibist Gary Burton and fellow pianist Herbie Hancock. In fact, in recent years, the Corea-Hancock duo and bands lead by the two great pianists appeared here in Denver.

Corea has also been in groups that included players such as saxophonists Michael Brecker and Joe Henderson and drummer Roy Haynes. And I’ve always liked following the Chick not only because he is a great player, but also I too am from Chelsea.