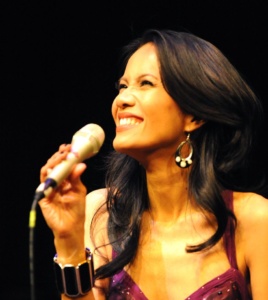 On Saturday, August 28, at 10 pm, and Monday, August 30, at 7 pm, KUVO’s performance series “On Stage” features highlights from more than 20 years of broadcast recordings from the Phyllis A. Greer Studio at KUVO Jazz. We’ll be featuring the music of Charmaine Clamor, Marcus Roberts, Al Hood.

“On Stage” launched in July 2017 with recordings from the summer “Jazz at Vail Square” series, and we haven’t looked back. At KUVO’s earlier studios on Morrison Road and Federal Boulevard, and since the performance studio’s inauguration in the fall of 1996, KUVO has captured sessions with established stars of jazz.

These recordings are cherished by the KUVO family. In fact, there is an entire genre of recorded music called “broadcast transcriptions,” of which KUVO’s P.A.G. recordings are a part. We’re even digging into buried boxes for new discoveries of great recordings from the 80s and 90s!

Susan Gatschet hosts a “Producer’s Picks” edition of “On Stage,” this Saturday evening at 10, and Monday evening at 7. Only on KUVO Jazz!

On Stage—Harold Mabern and Eric Alexander