On Stage — The Music of Ellyn Rucker 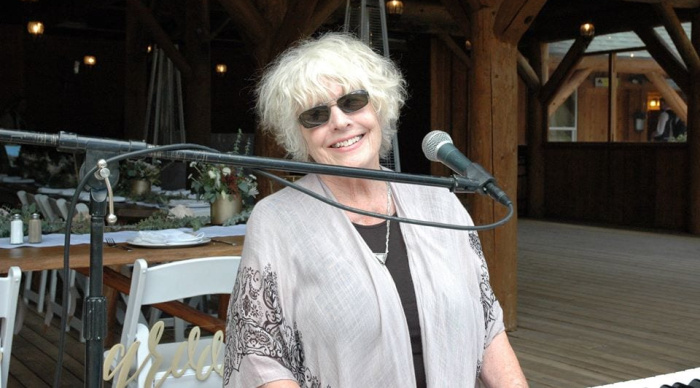 On Saturday, January 1s, at 10 pm, and Monday, January 3, at 7 pm, KUVO’s performance series “On Stage” features the music of local piano heroine Ellyn Rucker. Born and raised in Des Moines, Ellyn started playing piano when she was eight, and classical music was her pursuit at Drake University. After raising her family, she’s been singing, playing, and swinging jazz since 1979.

Her stylings and virtuosity have earned her a seat next to Marian McPartland on NPR’s “Piano Jazz,” and on tours and festivals around Europe and the United States. Her recordings are on the Capri and Leisure record labels. She has called Denver her musical home for decades.

We didn’t have to dig far into the archives to find recordings of live sets with Ellyn and various players in the Phyllis A. Greer Performance Studio. In this radio celebration of Ellyn’s career, you’ll hear sessions from 2001, 2005, 2007, and more recently, featuring Ellyn’s piano and voice, with side players including Rich Chiaraluce, Jill Frederickson, Ron Moewes, Ken Walker, Mark Simon, and Bill McCrossen, Dave Corbus and others.

It’s jazz in its most organic form – live performance, captured and re-broadcast for your listening enjoyment every Saturday night with Susan Gatschet at 10 and on Mondays at 7 pm. “On Stage” is a KUVO JAZZ exclusive!