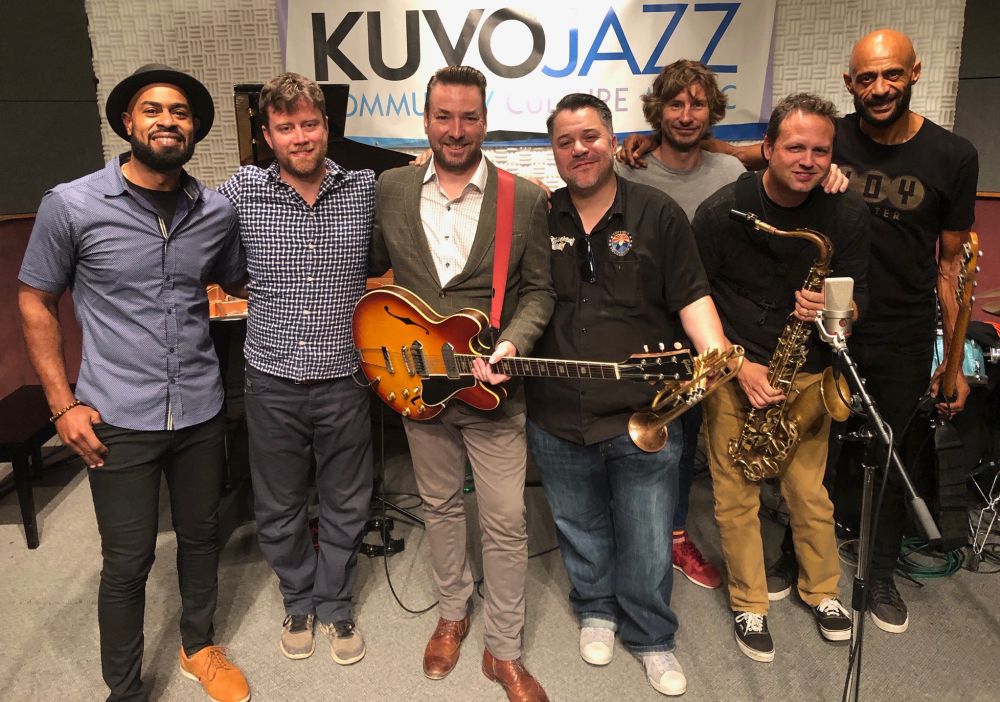 Tune in on Saturday, April 18, at 10 p.m. for KUVO’s performance series “On Stage” featuring The New Mastersounds, recorded in session at KUVO’s Phyllis A. Greer Performance Studio.

And, The New Mastersounds latest release “Shake It” was recorded in Colorado for Roberts’ Denver-based Color Red Records. The New Mastersounds turn up the heat on KUVO’s “On Stage,” in an encore presentation of their October 2019 visit to KUVO, produced originally for KUVO’s Funky Boombox program.

Let’s “Shake it” with Susan Gatschet this Saturday evening at 10 p.m.  “On Stage,” a KUVO exclusive!