Our hearts are heavy…Ron Miles RIP

Our hearts are heavy…

Local musician Ron Miles died Tuesday night (March 8, 2022) at home at age 58, due to complications from polycythemia vera, a rare blood disorder. He was born in Indianapolis, on May 9, 1963, and moved to Denver in 1974. He attended Denver East High School, University of Denver, University of Colorado, Manhattan School of Music.

For more than 34 years, Ron was a musician-in-residence and previous Director of Jazz Studies at MSU-Denver, teaching the next generation of musicians. Miles was nominated for Grammy for his work on Joshua Redman’s album “Still Dreaming” in 2018. He was inducted into the Colorado Music Hall of Fame in 2017. 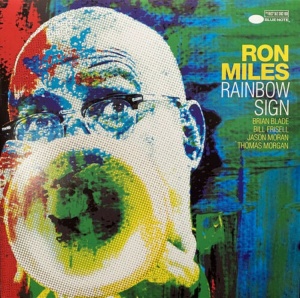 In October 2020, Miles released Rainbow Sign, his debut for Blue Note Records, an album mostly written when his father, Fay Dooney Miles, was near the end of his life. The album showcased Miles’s heartfelt compositions and moving, intuitive interplay with guitarist Bill Frisell and drummer Brian Blade (both of whom have made other albums with Miles), as well as bassist Thomas Morgan and pianist Jason Moran.

Miles told Westword that he named the album Rainbow Sign for a few reasons. For starters, rainbows show up in the Book of Revelation when Christ returns and his skin looks like a jasper stone, which has multiple colors. Miles said that although people feel the need to put everyone in a box, including what race they are, “the idea of a rainbow is that it’s this thing that takes us outside of our expectations and our limitations of what we can see.”

We are heartbroken and devastated to report the passing of Ron Miles. Ron Miles was a big part of many of our lives and a significant part of our KUVO family. He was not only an incredible musician but an incredible individual who will be missed dearly. — KUVO JAZZ

“He was simply a great player. Not just here, but nationally and internationally. We need to remember that,” said Norman Provizer jazz columnist and MSU-Denver professor emeritus

“Beyond the music, Ron Miles was the kindest, sweetest human being I’ve ever known.” – Tom Burns, owner of Capri Records, Bailey, CO

“(Ron Miles) was a sweet, soulful man whose character was reflected in every exquisite note he played.” — Blue Note president and musician Don Was (Denver Post) 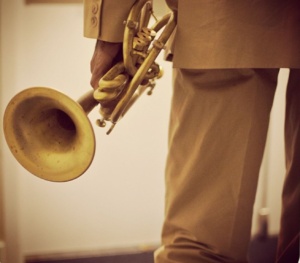 My very first Jazz Mentor was Ron Miles. Ron was kind, patient, and just the greatest in everything that he did.  Every rehearsal was fun and a life lesson. Ron kicked my butt musically and I am so forever grateful …Even though I wasn’t sure about myself Ron was sure about me … He pushed me and made sure that I didn’t give up even though sometimes I wanted to. I am here today because of Ron Miles. I love you so much and thank you. Tenia Renee Nelson, pianist

Not only did Ron win the love of fans around the world through his gorgeous and melodic trumpet playing and his compelling compositions, he also inspired them all to lead better lives through his own example of compassion and humility. He was soft-spoken and generous and carried himself as if he had no idea of the stature and awe the rest of the music world held him in. Ron is featured in my documentary film JazzTown: you’ll see his wonderful smile and hear both his charming laughter and his golden trumpet playing.—Ben Makinen, filmmaker, “Jazz Town”

Ron would come to DSA every year to hear the bands, always moving the needle towards artful and beautiful performances. —Dave Hammond, Denver School of the Arts

Queen Elizabeth II, the longest-serving British monarch, has died at 96