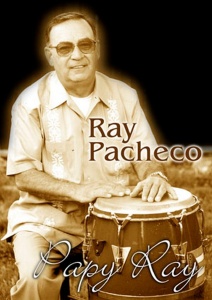 Early Easter Sunday morning the retired percussionist, Ray “Papi” Pacheco passed away at his home in North Glenn after enduring a massive stroke overnight. He was one of the most beloved musicians of Denver, not only as a musician but as the kind, caring gentleman of the highest caliber that he was. Señor Pacheco was born in Brooklyn, NY and the family relocated to San Juan, Puerto Rico when Ray was 3. Ray returned to NY at the age of 13, shortly thereafter he dropped out of high school and enlisted in the Air Force which brought him to Denver in 1950 where he earned his high school diploma. After serving in the USAF, he returned to Brooklyn in 1954 and as a Latin music fan decided to learn to play percussion. Two years later Ray decided to come back to Denver where he lived for the remainder of his life. 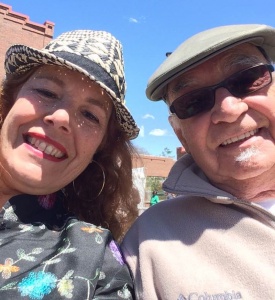 From the late 1950s until his retirement in 2018, Pacheco saw all the great names that came to play Denver, Stan Kenton, Dizzy, Machito, Eydie Gormé, Cal Tjader, and dozens of other jazz and Latin bands. On many occasions, Pacheco would play for the opening band and frequently was asked to sit in with the headlining band. Ray also began serving as a mentor and teacher to a long list of young and inspiring percussionists and musicians. Some of the current percussionist on the scene today that were helped by Papi include Gary Sosias, Jose Espino, Francisco Mejias, Eric Trujillo among others, he also was a large influence on KUVO’s own, the late bassist and bandleader-Jimmy Trujillo. Ray played many times with several different bands at KUVO’s Phyllis A. Greer Performance Studio, one such appearance was with the Eric Trujillo Mambotet in 2009 that is on the; Live at the Oasis, Volume 10 CD. He’s also featured on 2 Neil Bridge 7+ albums and on KUVO’s Salsa con jazz Host, Janine Santana’s recording; Soft as Granite. 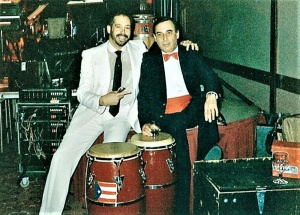 Ray and his wife Alice were married for over 53 years, Pacheco always remained a proud Puerto Rican, and his last several cars always featured his signature vanity plate, “Salsa”, a reference to the music he loved listening to and performing. In 2010 Mr. Pacheco was honored with the prestigious lifetime achievement award at the annual Five Points Jazz Festival. In 2019 Pacheco was again rewarded when he was inducted into The Chicano Hall of Fame for his contributions playing with Mexican and Chicano music bands over the decades. In 2009 Ray published his autobiography, A Lifetime of Drumming. Ray Pacheco was nicknamed Papi by his peers as a sign of respect for inspiring so many other musicians, for being the pioneering percussionist of Denver, for his mentoring, and for being the elder statesmen of Latin music. Job well done don Ramón Pacheco!