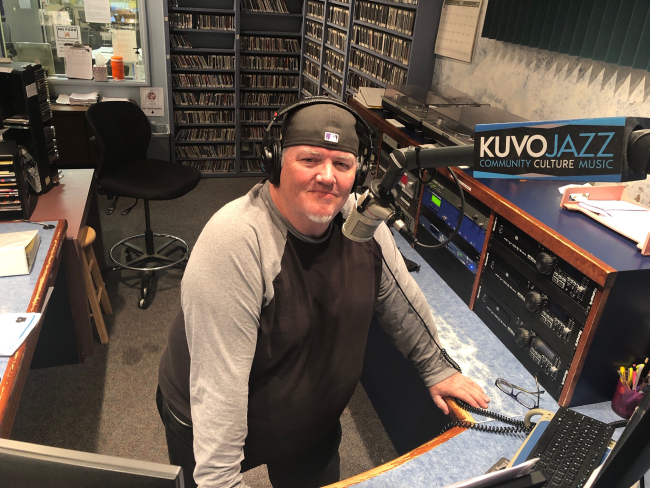 Jazz with Andy O’ | Tuesday—Friday 6am

Andy O’ has a long history at KUVO Jazz, beginning as a volunteer host in 1989. He was music director at KUVO in the mid-1990s into the early-2000s. Andy O’ is also a bassist, and founded the Denver-based band Coyote Poets of the Universe.

“Music chose me…from an early age music has been a major focus in my life. I always knew it would be how I made a living. I had excellent teachers to be sure but having great mentors has been what guided me on this path. I also became a “radio nut” from very early in my life as the tail end of the Golden Age of radio was happening…shows like “Johnny Dollar”, “GE Theatre” and the early Denver talk show of Bill Barker got my attention. All the while I became a poet as well and KUVO has afforded me the opportunity to use my three passions in the work I do for KUVO JAZZ.

I mentioned mentors earlier…I have had three that made all the difference in who I am today. As a young man I worked in a place called Basin Street…a Denver restaurant that featured classic New Orleans jazz I met Charles Burrell there and while he didn’t give me any bass lessons I learned what it takes to play jazz from him.”—Andy O’