Stories of Standard—“How High the Moon”

Tune in weekday mornings to hear our favorite versions of “How High the Moon.” Rodney Franks presents Stories of Standards Monday through Friday at 7:50 and 8:50 am. 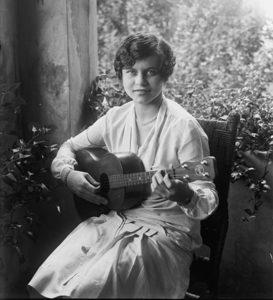 Morgan Lewis (melody) and Nancy Hamilton (lyrics) wrote: “How High the Moon” for the Broadway revue “Two for the Road”, where it was performed by Alfred Drake and Frances Comstock. The song received the Towering Song Award from the National Academy of Popular Music/Songwriters Hall of Fame in 1997 and has been a favorite of musicians for many years, while Django Reinhardt’s recording made it a staple of gypsy jazz.

Morgan Lewis (Dec 26, 1906 – Dec 8, 1968) began work as a composer and choreographer after graduating from Michigan University. By the 1930s he had worked with Arthur Schwartz, Howard Dietz, and E. Y. “Yip” Harburg before going on to directing dance and film with a series of movies. He first collaborated with Nancy Hamilton on “New Faces of 1934”, then continued with a series of three Broadway revues – “One For the Money” (1939), “Two for the Show” (1940), and “Three to Make Ready” (1946). While other songs enjoyed modest success, “How High the Moon” topped the charts and went on to receive the Towering Song Award from the National Academy of Popular Music/Songwriters Hall of Fame in 1997. Lewis scored Hamilton’s Academy Award-winning film “The Unconquered”.

Nancy Hamilton (Jul 27, 1908 – Feb 18, 1985) was a singer, actress, writer, playwright, lyricist, film director, and producer. A graduate of Smith College, she attended the Sorbonne, she wrote lyrics for collaborations with Morgan Lewis. Her 1938 play, “Return Engagement”, which she wrote with James L. Shute, was the basis for the film “Fools for Scandal” and she adapted the screenplay to create “Du Barry Was a Lady”. In 1954 she directed “The Unconquered”, the film biography of Helen Keller, which won the 1955 Academy Award for Best Documentary and was narrated by Katharine Cornell.