“Bésame Mucho” (“Kiss Me a Lot”) was written in 1941 by Consuelo Velasquez, who was about 15 years old at the time, in bolero style. Inspired by the Nightingale Aria from the opera “Goyescas” by Enrique Granados, she said that she had never been kissed when she wrote the song. The first recording of “Bésame Mucho” by Emilio Tuero was a hit in Mexico. Recordings were made in France and the U.S., the latter using lyrics written by Sunny Skylar which retained the initial Spanish words “bésame mucho.” This song remains the only Mexican song to top the charts in the U.S.: Jimmy Dorsey (1944), Andy Russell (1944), Abe Lyman (1944). It was also inducted into the Latin Grammy Hall of Fame in 2001. A Spanish television network named “Bésame Mucho” the song of the century and some historians say it is the most frequently recorded song in music history.

Consuelo Velásquez (1916-2005) when four years old taught herself piano and made her debut two years later at the Academy in Serratos. After study at the National Conservatory, she was received as a concert pianist at the Palace of Fine Arts in Mexico City. Because radio performance by a young lady was considered scandalous, she used male pseudonyms, often performing during the day the songs she was writing at night. While “Bésame Mucho” remained her best-known song, she continued writing, and in 2003 a sculpture of her by Sergio Peraza was erected in Mexico City.

Best known for adapting “Bésame Mucho,” Brooklyn-born Sunny Skylar (1913-2009) began his musical career as a singer, performing with a series of big bands, Including Paul Whiteman, Abe Lyman, and Vincent Lopez. The royalties from his lyrics to “Bésame Mucho” were said to have funded his first house and put his children through college. ASCAP credits him with lyrics to more than 600 songs, including “Watching the World Go By” and “Be Mine Tonight.” Skylar continued performing as a singer until 1952 and died in 2009 at the age of 95. 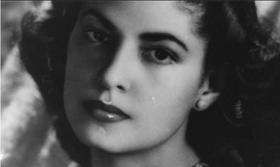