Tune in weekday mornings to hear our favorite versions of “Cantaloupe Island.” Rodney Franks presents Stories of Standards Monday through Friday at 7:50 and 8:50 am starting Monday, October 11.

Herbie Hancock composed “Cantaloupe Island” and recorded it on his 1964 album “Empyrean Isles”. It was sampled in 1993 by the jazz rap site group Us3 in their song “Cantaloop (Flip Fantasia)”, which reached #21 on the R&B Single Sales Chart and was certified gold the following year for selling over 500,000 copies. 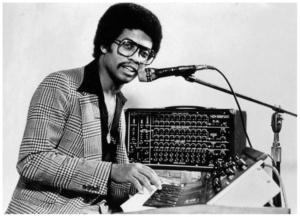 Herbert Jeffrey Hancock (Apr 12, 1940 – present) pianist, keyboardist, composer, bandleader and actor, was a child prodigy pianist, who performed with the Chicago Symphony Orchestra when 11 years old. He credits the Hi-Los, a vocal quartet of the 1950s, as well as Chris Anderson, jazz pianist, as influences. He joined Miles Davis’ Second Great Quintet in 1963, after producing a debut album “Takin’ Off”, which featured his song “Watermelon Man”. The score for Antonioni’s film “Blowup” was the first of his many film soundtracks. While with Davis, Hancock began playing electric keyboards, Hancock has acted in film, television, video games and video shorts.  While serving as the Los Angeles Philharmonic as Creative Chair for Jazz, he also serves as Institute Chairman of the Herbie Hancock Institute of Jazz. A founder of The International Committee of Artists for Peace, he was awarded the “Commandeur des Artes et Lettres” by French Prime Minister Francois Fillon. His discography includes forty-one studio albums, twelve live albums, sixty-two compilation albums, five soundtrack albums, thirty-eight physical singles, nine promo singles and for songs which charted as downloads. In 2011 he was named UNESCO Goodwill Ambassador for the promotion of Intercultural Dialogue. He was given the 2013 Kennedy Center Honors Award for achievement in the performing arts. Hancock was the 2014 Charles Eliot Norton Professor of Poetry at Harvard University, where his theme was “The Ethics of Jazz”. A member of the Buddhist association Soka Gakkai International since 1972, in 2013 his dialogue with Wayne Shorter and Soka Gakkai International president Daisaku Ikeda on jazz, Buddhism and life was published first in Japanese and English, then in French.