Stories of Standards—I Remember You

Tune in weekday mornings at 7:50 and 8:50 am to hear our favorite versions of “I Remember You.” Rodney Franks presents Stories of Standards starting Monday, February 15!

“I Remember You” was written by Victor Schertzinger, with lyrics by Johnny Mercer, for the 1942 movie “The Fleet’s In”.  Schertzinger also directed,  this film version of  the 1933 Kenyon Nicholson–Charles Robinson stage play “Sailor, Beware!”, but died before the film’s release. In addition, Schertzinger produced the film, wrote the screenplay, conducted the music and was violinist. 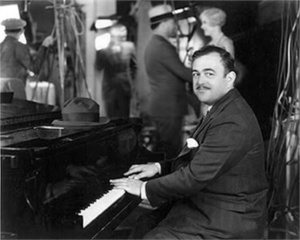 Victor Schertzinger (Apr 8, 1888 – Oct 26, 1941) was a child prodigy who as an eight-year-old played violin with the Victor Herbert Orchestra and the John Philip Sousa band. He studied music at the University of Brussels and continued as a concert violinist before becoming a symphony conductor. In 1916 he was commissioned to write the orchestral accompaniment for the silent film “Civilization”, and followed this up by becoming a film director. When sound was added to film he began composing songs for them, sometimes also writing scripts and producing as well. . His 1934 movie “One Night of Love” won the first Oscar for Best Score. 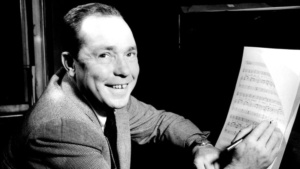 John Herndon  “Johnny” Mercer (Nov 18, 1909 – Jun 25, 1976), lyricist, songwriter and singer, also co-founded Capitol Records  with music industry businessmen Buddy DeSylva and Glenn E. Wallichs. He was the first president of the Songwriters Hall of Fame. When he was 17 years old his father’s business collapsed, leaving his father a million dollars in debt. Rather than declaring bankruptcy, his father spent the rest of his life working to pay off that debt and had paid off $700,000 of it by the time of his death in 1940. The business collapse meant Johnny could no longer afford college, so he went to New York City, hoping to be an actor. In 1932 he got a job as a singer with the Paul Whiteman Band, having won a singing contest. Whiteman introduced him to Hoagy Carmichael; they wrote “Lazybones”, which quickly became a hit. After his father’s death, Mercer sold his interest in Capitol Records and paid off the remaining $300,000 remaining of his father’s debt. Mercer wrote more than 1,400 songs, including compositions for movies and Broadway shows. He received nineteen Oscar nominations, and won four Best Original Song Oscars. Having discovered that his headaches were caused by a brain tumor, he arranged for his friend Sammy Cahn to take over as as president of the National Academy of Popular Music (the parent organization of the Songwriters Hall of Fame). Note: the Songwriters Hall of Fame’s highest accolade is the Johnny Mercer Award.