Tune in weekday mornings to hear our favorite versions of “I Say a Little Prayer.” Rodney Franks presents Stories of Standards Monday through Friday at 7:50 and 8:50 am beginning Monday, September 6. 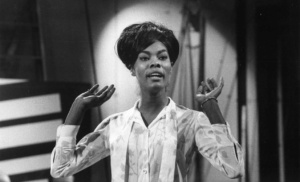 Burt Bacharach and Hal David wrote “I Say a Little Prayer” for Dionne Warwick, who recorded it in April 1966. While songs written by Bacharach and David for Warwick usually took no more than three takes, “I Say a Little Prayer” took ten and Bacharach was still dissatisfied, regarding the result as having a rushed feeling. Scepter Record owner Florence Greenberg insisted on including the song on Warwick’s “The Windows of the World” album in September 1967, where its popularity with disc jockeys led to its release as a single. The song, written the year before American casualties in Vietnam reached maximum losses, was intended to express concern for someone serving there. In 1968 Aretha Franklin recorded it on her “Aretha Now” album, where it was her ninth consecutive Hot 100 top 10 hit on the Atlantic label and peaked at #4 in the United Kingdom where it was her biggest hit. The Sweet Inspirations (Cissy Houston, Estelle Brown, Myrna Smith, and Sylvia Shemwell) were backup singers on both Warwick and Franklin’s recordings; Franklin was singing “I Say a Little Prayer” with them when the studio decided to add the song to the album being recorded. 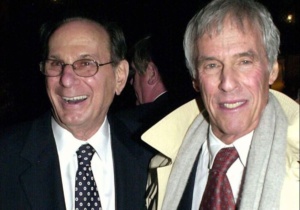 Burt Freeman Bacharach (May 12, 1928 – present) composer, songwriter, record producer, singer, and pianist, trained in classical piano as a child, although he preferred jazz as a teenager and was influenced by Dizzy Gillespie and Count Basie. He studied music at McGill University in Montreal, at the Mannes School of Music in New York City, and at the Music Academy of the West in Montecito, California. Bacharach said that Darius Milhaud was his biggest influence. He worked as pianist and composer for Vic Damone in the early 1950s, before undertaking the same work with several other singers, before going on to work with Marlene Dietrich, which he left to focus on songwriting. In 1957, Bacharach met Hal David and they began their writing partnership, with “The Story of My Life”, sung by Marty Robbins, as their first hit. In 1962, singer Jerry Butler, wanting to record Bacharach’s song “Make It Easy on Yourself” also asked Bacharach to direct the recording session. With Hal David, Bacharach wrote over 100 songs in the 1960s and in 1961 Bacharach discovered Dionne Warwick, who was working at the time as a session accompanist. With Dionne’s sister Dee Dee, they released a single under the name “Burt and the Backbeats”, using lyrics by Mack David, Hal’s brother. Bacharach’s songs have been adapted by jazz artists, including Stan Getz, Cal Tjader, Grant Green, and Wes Montgomery. In 1968 Bacharach and Hal David wrote the score for Broadway’s “Promises, Promises” and in 1969 they wrote “Raindrops Keep Falling on My Head” for the film “Butch Cassidy and the Sundance Kid”. While Bacharach, David, and Warwick stopped collaborating from 1973 through 1985, “That’s What Friends Are For” provided a vehicle for their reunion. Bacharach appeared in cameo roles in all three Austin Powers movies and had scored the 1967 Bond parody “Casino Royale”. Bacharach’s autobiography “Anyone Who Had a Heart: My Life and Music” was published in 2013.

Harold Lane David (May 25, `91` – Sept 1, 2012), lyricist and brother of lyricist Mack David, wrote lyrics for over 700 songs, starting in the 1940s for singers including Sammy Kaye and Guy Lombardo. His partnership with Burt Bacharach started in 1957 and was taken in the 1960s and 1970s to new heights, with many of their songs written for Dionne Warwick. With Albert Hammond, he wrote “To All the Girls I’ve Loved Before”, for Willie Nelson and Julio Iglesias. He wrote lyrics for three James Bond films – “The Look of Love” with Burt Bacharach, “We Have All the Time in the World” with John Barry (sung by Louis Armstrong in the film “On Her Majesty’s Secret Service”) and “Moonraker”, also with John Barry, for the film of the same name, sung by Shirley Bassey. The 2011 Gershwin Prize for Popular Song was awarded to Bacharach and David, the first time the honor was given to a songwriting team.