Stories of Standards—”Song for My Father” 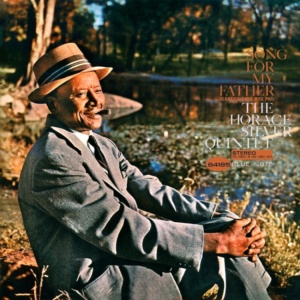 Tune in weekday mornings to hear our favorite versions of “Song For My Father.” Rodney Franks presents Stories of Standards Monday through Friday at 7:50 and 8:50 am.

“Song For My Father”, written in the key of F-minor by Horace Silver, was first recorded in 1964 and released on the album of the same title. Silver had taken a trip to Brazil earlier that year and said that the song’s rhythms were inspired by that trip, while the melodic line was inspired by an old Cape Verdean folk song. The album was dedicated to his father, John Tavares Silva, whose photograph was on the cover. Silver’s unique combination of sharp, bluesy right-hand with grumbling left-hand bass formed an immediately identifiable musical signature. 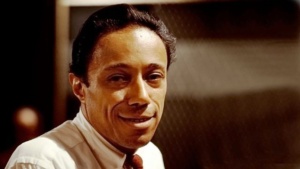 Horace Silver (Sep 2, 1928 – June 18, 2014) was born in Norwalk, Connecticut, to a Cape Verdean father and Irish-African mother. He started on the tenor saxophone, before switching to piano and forming a trio which backed up Stan Getz at a guest appearance in Hartford, CT in 1950. Getz was sufficiently impressed to take the trio with him on tour for a year.   Soon afterwards Silver moved to New York, met Art Blakey and began an association which lasted for years, during which time they co-founded the Jazz Messengers and greatly influenced the development of hard bop. In the 1970s he founded his own record label, Silveto. Silver’s last album “Jazz Has a Sense of Humor” was released in 1999 and his last public performance was in 2004. In 2005 the National Academy of Recording Arts and Sciences (NARAS) gave him the President’s Merit Award. His autobiography, “Let’s Get to the Nitty Gritty”, which came out in 2006, covers his life from childhood in Connecticut to life on the road with hard bop and the after-the-road years in California, and his spiritual awakening in the 1970s. He founded the Horace Silver Foundation in 2002 to provide scholarships for aspiring jazz musicians. His liner notes for the 1968 album “Serenade to a Soul Sister” featured his thoughts on musical composition, focused primarily on “musical simplicity”. His piano style, characterized as terse and imaginative, has been described as a model for subsequent piano players.