Tune in weekday mornings to hear our favorite versions of “St. Louis Blues.” Rodney Franks presents Stories of Standards Monday through Friday at 7:50 and 8:50 am. 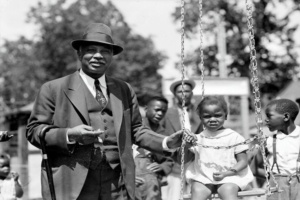 Composed and published by W. C. Handy in September 1914, St. Louis Blues was inspired by a lament Handy heard on the street in St. Louis. He said he’d heard the tune in 1892 when people would sing it “all night long”. Homeless in the 1890s, when his fortunes improved in the early 1910s, he took the tune and line in 1912 as the basis for “St. Louis Blues” and formed a company to publish it, when he couldn’t find a publisher willing to do so. The song was one of the first blues songs to use a minor key and his combination of blues and ragtime brought both to national prominence. 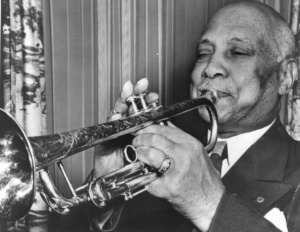 W(illiam) C(hristopher) Handy (Nov 16, 1873 – Mar 28, 1958), the son of two Methodist ministers, studied music at Kentucky Musical College, greatly disappointing his father, who regarded secular music as the work of the devil. Handy’s work as a folklorist formed the basis for one of the greatest archives of traditional music. He edited “Blues: An Anthology” in 1926 and wrote, “Father of the Blues” (1946) as an autobiography. He was blind by 1943 and formed the W. C. Handy Foundation for the Blind, along with other charitable organizations, and worked diligently to support them. A theater and a park in Memphis, as well as a library in Philadelphia, were named for him during his lifetime. In 1959 a 6-cent stamp was issued in his honor.