Stories of Standards—”Time After Time”

Tune in weekday mornings to hear our favorite versions of “Time After Time.” Rodney Franks presents Stories of Standards Monday through Friday at 7:50 and 8:50 am beginning Monday, September 27.

Sammy Cahn and Jule Styne wrote “Time After Time” in 1946. First recorded by Margaret Whiting in 1946, it had been written as a vehicle for Frank Sinatra in the film “It Happened in Brooklyn”. 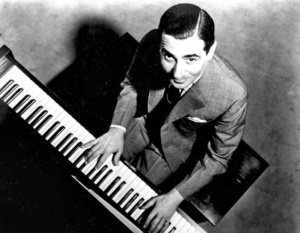 Jule Styne (Dec 31, 1905 – Sep 20, 1994), songwriter and composer, was best known for Broadway musicals, including several which became successful films (including “Gypsy”, “Gentlemen Prefer Blondes” and “Funny Girl”). Born in London, he moved with his family to Chicago at the age of eight, at which time he began piano lessons. Styne met Mike Todd as a teenager and was commissioned by him to write a song for a musical. This was the first of his over 1500 songs. He moved to California, where he worked as a vocal coach at Century Fox, until Daryl Zanuck decided that the position was a “luxury”, fired him, and advised him to go into songwriting. Styne then established a dance band and began collaborating with Sammy Cahn. Ten of his songs for movies were nominated for Grammys. His first score for a Broadway musical “High Button Shoes” was co-written with Sammy Cahn. Styne’s archive is housed at the Harry Ransome Center. He was inducted into the Songwriters Hall of Fame in 1972 and won the Johnny Mercer Award in 1993. 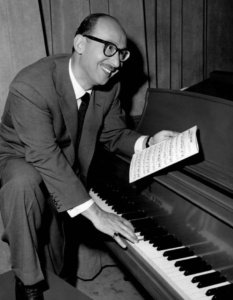 Sammy Cahn (Jun 18, 1913 – Jan 15, 1993) grew up in the Lower East Side of New York, where he learned as a child to play violin and played in local Bar Mitzvah bands from the time he was fourteen years old, then went on to play in the pit bands of local burlesque houses. With fellow band member Saul Chaplin he began writing songs and in 1935 they wrote: “Rhythm Is Our Business” for the Jimmy Lunceford Band, which became the Lunceford Band’s theme song. In 1937 for the Andrews Sisters they adapted “Bei Mir Bist Du Schoen” into English; this was a modern Yiddish theatre song which they mistakenly believed to be a folk song. It was a huge hit and the duo was well started. In 1940 Cahn and Chaplin moved to Hollywood, where they soon parted ways and in 1942 Cahn began writing with Jule Styne, writing songs for 19 films between 1942 and 1951. With Nicholas Brodzky, Cahn wrote Mario Lanza’s first hit “Be My Love”. Many of Cahn’s songs were written for films featuring Frank Sinatra, who in 1955 introduced Cahn to Jimmy Van Heusen, a collaboration which produced a number of title songs for Sinatra albums, including “Come Fly with Me” (1957), “Only the Lonely” (1958) and “September of My Years” (1965). Other songs for Sinatra films which were written by Cahn and Van Heusen include “High Hopes” (1959), “The Second Time Around (1960), “My Kind of Town” (1964). Sinatra recorded 89 of Cahn’s songs, many of them recorded multiple times. A member of the Songwriters Hall of Fame beginning in 1972, he took over as President when his friend Johnny Mercer became ill. Cahn did a one-man show on Broadway called “Words and Music”, which he then took on tour many times.