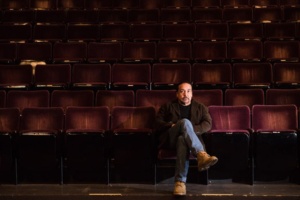 DENVER, CO—Su Teatro celebrates its 10th year anniversary in the Denver Civic Theatre and the launch of their new website.

On October 1, 2010 Su Teatro signed the closing papers on the Denver Civic Theatre. This vibrant space in the heart of the Santa Fe Arts district, has served as a place for artists of color to convene and share their culture for 10 years now. By maintaining this building for longer than any other group in the past, Su Teatro’s 10th year anniversary in the Denver Civic Theatre represents the preservation of the heritage, identity, and legacy of Denver’s Westside.

In conjunction with this milestone, Su Teatro is rolling out its new website! Redesigned with our audience in mind, the new website makes it easier to find performance clips, easier to learn about our history, and even easier to register for our online events. Stay tuned for the launch of the online tienda within the next couple weeks! This is where you’ll be able to find Su Teatro’s t-shirts, music and posters. As Su Teatro rapidly approaches its 50th year anniversary, other virtual Easter eggs will appear on the website so keep an eye out.

Su Teatro– For over 40 years, Su Teatro has established a national reputation for homegrown productions that speak to the history and experience of Chicanos. Su Teatro’s mission is to promote, produce, develop and preserve the cultural arts, heritage, and traditions of the Chicano/Latino community; to advance mutual respect for other cultures, and to establish avenues where all cultures may come together.