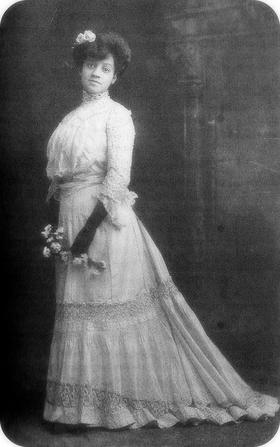 Composed by George Gershwin, “Summertime” made its debut on October 10, 1935, song on the American folk opera Porgy and Bess. Actress Abbie Mitchell sings it as a lullaby to her baby in the opening act.

Gershwin wrote the tune in 1934, setting a DuBose Heyward poem to music. He went on to write more than 700 pages of music for the opera, and it is said that when he finished he exclaimed “I think the music is so marvelous I don’t believe I wrote it.”

“Summertime” became the most well-known piece of music from an American opera at the time, and a vast array of popular artists have recorded it. New Orleans saxophonist Sidney Bechet recorded the tune for Blue Note Records in 1939 with guitarist Teddy Bunn, bassist John Williams and drummer “Big Sid” Catlett. This recording became of the label’s first hits.

Miles Davis recorded a version of the song arranged by Gil Evans in 1958, and this proved to be the beginning of their successful musical partnership.

Porgy and Bess was made into a film in 1959, directed by Otto Preminger with a score by Andre Previn and Ken Darby. While the production received poor reviews as an adaptation of the beloved musical, it won the Golden Globe for Best Picture – Musical and the Academy Award for Best Musical Score.

Billie Holiday’s 1936 recording was the first to get on the top charts, followed by renditions by Billy Stewart, Sam Cook and Rick Nelson. One of the most popular versions was recorded by Janis Joplin with Big Brother and the Holding Company. Most recently, Annie Lennox recorded the tune for her 2014 album, Nostalgia.

Aside from adaptations of Porgy and Bess, the song has appeared in a variety of films, including Rhapsody in Blue (1945), There’s Something About Mary (1998) and Chocolat (2000).

There are more than 1,950 renditions of this song making it one of the most recorded and covered songs, regardless of genre. Tune in today as we celebrate Jazz Appreciation Month with some of this compositions most notable covers!