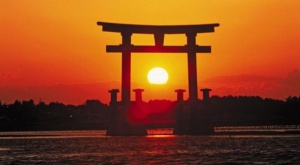 Serious record collectors know that Japan is the motherlode for hard-to-find and rare jazz recordings, for superior fidelity, and unsurpassed vinyl production. Its population is also renowned for being among the most serious and receptive listeners of live performances anywhere in the world. That might explain why there are so many great live records made there. The history of jazz in Japan is a fascinating story dating back to the early 20th century beginning with Filipino musician Luis Borromeo introducing jazz sounds; the Philippines being an American colony. And shortly thereafter, luxury ocean liners crossing the Pacific docked in Japanese ports, each with their ballroom jazz orchestras. In 1933 in Osaka, Chigusa, the first of many “jazu kissas” or jazz cafes were opened and served as a social hangout for people who could not afford home Hi-Fi and so they gathered to drink coffee and listen together to the latest records.

Some have argued that the jazz out of Japan is not as ‘authentic’ as other parts of the world. They claimed that they didn’t employ as many folk instruments and melodies and its players were derivative of American musicians. This is an unfair comparison. There are good examples of the fusion between their folk music and jazz. Also, it is not their fault if their artists were exceptional. It’s not their fault listeners could not distinguish people like Sadao Watanabe, Toshiko Akiyoshi, or Terumasa Hino from their U.S. contemporaries. The simple fact is that they, and so many like them, can just flat our blow. And we’re all the richer because of it.

On Sunday, October 17, at 5 pm, The Jazz River takes you into The Land of the Rising Sun to explore the Jazz that comes from that part of the world, its folk traditions, and its deep affinity with African-American jazz. Only on KUVO JAZZ.

The Jazz River — Let's Get Lost