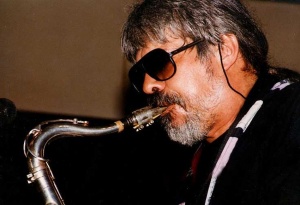 Who was Jim Pepper and why have so few people known and appreciated his music? He would have turned 80 years old this week but lymphoma claimed his life at age 50. He’s been gone now almost 30 years. Buried in obscurity, none of the websites that track jazz musicians’ birthdays even include Pepper’s in their listings. He played with Larry Coryell, Bob Moses, Mal Waldron, Charlie Haden, Kenny Werner to name a few. He was friends with Don Cherry and Ornette Coleman, and started, arguably, the first-ever jazz-rock fusion band back in 1964. Criminally, most of his music is really hard to find; long out-of-print and/or only expensive overseas copies. 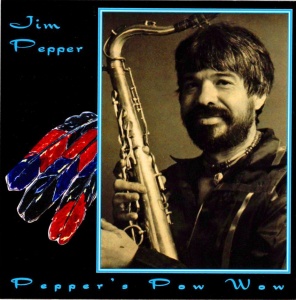 There were of course others before him, like Mildred Bailey, Russell ‘Big Chief’ Moore, and Oscar Pettiford, but Jim Pepper is arguably the most significant Native American musician to ever work in jazz. His music is many things but above all, it is deeply healing and spiritual. His playing covered the gamut from free jazz to ballads, from rock and country to African, Caribbean, and South American rhythms, and especially his own deep well of Native American dances, chants, and songs. Jim Pepper didn’t have an easy life. He believed in the Indian philosophy of equality and respect but had to move to Europe to find those for both his person and his art, and only at the end of his life.

Despite his love for other players, he was self-taught and created a sound uniquely his own. He remains largely unknown and yet one of the most important voices ever to put a horn to his lips; ask anyone who played with him.

Tune in Tuesday, June 15, from 6-8 pm as we shine a light on Jim Pepper’s great talents and make the case for wider recognition with a very special weeknight edition of The Jazz River.