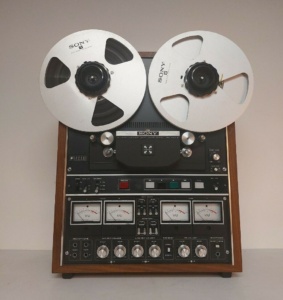 Bassist Don Thompson was a member of the house band at the Bourbon Street jazz club in Toronto, Canada in the 1970s. On some gigs he would double as a recording engineer when he brought along his Sony TC-854-4 tape recorder, set it up beside him on the bandstand and pressed the “Record” button as the music began.

Three of the live dates were issued on vinyl in the mid-1970s, one featuring guitarist Jim Hall, a double LP set with saxophonist Paul Desmond and the last with trombonist Frank Rosolino.

In years since, many additional tracks from these dates have been released. The Rosolino recording “Thinking About You” on Sackville Records expanded from a single LP with four tracks to a double CD with twelve. Jim Hall’s “Live” LP issued on Horizon Records was augmented by a three CD set released by ArtistShare entitled “Live Volumes 2-4” and “The Paul Desmond Quartet Live”, also on Horizon was given the royal treatment by Mosaic Records in 2019 as a limited edition seven CD set.

The Jim Hall recordings from June of 1975 capture the guitarist as he was (at long last) becoming better known to a jazz audience. His CTI recording “Concierto”, which offered an adaptation of the second movement of Joaquin Rodrigo’s “Concierto de Aranjuez”, was released around the same time as the Bourbon Street gig. Hall remained active with recordings issued on Concord Jazz, MusicMasters and Telarc until he passed away in late 2013, not too long after a live performance in Denver at Dazzle.

Paul Desmond loved playing with what he called his Canadian Quartet from the time of their first gig in 1974. Desmond had insisted Jim Hall join him for it but he suggested Paul consider guitarist Ed Bickert. As you’ll hear from the recordings, Desmond and Bickert were totally in sync at the outset. Paul’s health (he died of lung cancer within 20 months of the last Bourbon Street gig in October 1975 at the age of 52) put a premature end to the group. Ed Bickert is also featured on Paul’s CTI release “Pure Desmond”.

The Frank Rosolino sessions were recorded in April 1976 with the same trio (Thompson & Bickert) save for the drummer (Terry Clarke instead of Jerry Fuller) as the Desmond recordings. As for the music, the tunes were long with the majority running over eleven minutes in length. But they never feel that way. At the time of this gig, Rosolino was performing and recording with the band SuperSax.

These three recordings are some of Doug Crane’s favorites from his own collection. Tune in and find out why when you join Doug Crane on the next two Wednesday evenings, August 18 and August 25, beginning at 8 pm. Only on KUVO JAZZ.

The Night Beat — Lee Morgan, Live at the Lighthouse