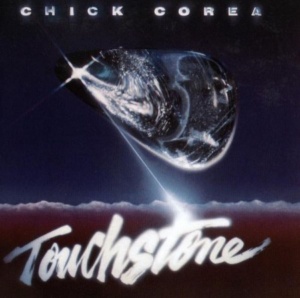 The Vinyl Vault remembers Chick Corea with his 1982 album “Touchstone” released on Warner Brothers Records. For this album, Corea assembled a different band for each of the six compositions including a reunion of Return to Forever bandmates Stanley Clarke, Al DiMeola, and Lenny White on the aptly titled “Compadres.”

The jazz world lost one of its greatest leading lights on February 9, 2021, when Corea passed away at age 79. Winner of 23 Grammy Awards and 4 Latin Grammys, Corea’s influence on late 20th Century and early 21st Century jazz is difficult to overstate. First coming to prominence in the late 1960s with Miles Davis during the “In a Silent Way” and “Bitch’s Brew” period, Corea went on to record over 90 albums in a wide array of styles.

He is probably best known as a jazz-fusion innovator, especially with his iconic band Return to Forever. Even that band played various styles, going through three or four personnel and stylistic iterations throughout its existence. Corea also recorded straight-ahead jazz including a tribute to Bud Powell. Thelonious Monk was also an obvious influence. Latin rhythms played a big role in Corea’s playing and compositional style. An early significant album was 1976’s “My Spanish Heart” which featured a blend of jazz and flamenco.

Although his bands Return to Forever and the Elektric Band were known for their high-intensity, bombastic playing, Corea spent considerable time exploring a softer, quieter side with many solo and duet recordings. Some of his duet partners included Gary Burton, Herbie Hancock, Hiromi and Bela Fleck.

The album “Touchstone” is a bit of a microcosm of Corea’s boundless interest in varied musical styles. Besides the RTF reunion, the album features avowed bebopper Lee Konitz, percussionists Alex Acuna and Don Alias, Latin guitarist Paco DeLucia and even his wife, vocalist Gayle Moran.

Join Geoff Anderson this Tuesday, February 23, at 8:30 pm as the Vinyl Vault pays tribute to the great Chick Corea, only on KUVO JAZZ.