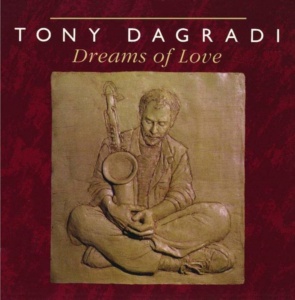 This week the Vinyl Vault features a 1988 album from tenor and soprano sax man Tony Dagradi, “Dreams of Love.” Released on the Rounder label, which is better known for folk music, this album is quite the opposite. Recorded in New Orleans, Dagradi and his quintet, Astral Project lay down a set of highly sophisticated post-bop jazz.

Dagradi is joined on the album by a highly respected backing band including David Torkanowsky on piano, Steve Masakowski on electric and acoustic guitars, James Singleton on bass, and Johnny Vidacovich on the drums.

Born in New Jersey, Dragradi adopted New Orleans as his hometown back in the 1970s. His list of musical associates is a long and diverse one. He spent four years in Carla Bley’s band as well as significant time with Professor Longhair. Other collaborators have included Johnny Adams, Alan Toussaint, Ellis Marsalis, The Meters, Dr. John, Gatemouth Brown and more.

Tune in to the Vinyl Vault with Geoff Anderson on Tuesday, December 15, at 8:30 on KUVO JAZZ.