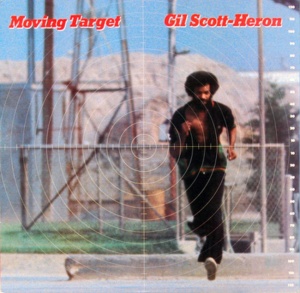 The Vinyl Vault, fundraiser addition, presents a 1982 album from Gil Scott-Heron, “Moving Target.” This was the last of a string of nine albums he recorded for the Arista label and the last one for about 10 years. His Arista albums represented the most popular and creative period in his career.

“Moving Target” features the Midnight Band that had been with him for the bulk of the Arista period although he had split with his long-time collaborator Brian Jackson several years prior. The music on “Moving Target” continued with his blend of jazz, funk, and R&B as well as some reggae influence.

Scott-Heron was known for his political observations and commentary and he continued with that on “Moving Target” although many of the songs have a more personal aspect to them than broad social commentary.

Join Geoff Anderson on Tuesday, February 22, at 8:30 pm for the Vinyl Vault. Only on KUVO JAZZ!