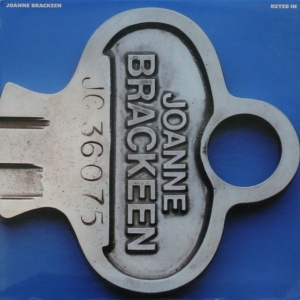 A woman-led piano trio is on tap for the next Vinyl Vault when we listen to Joanne Brackeen’s album “Keyed In.” Released in 1979 on the Tappan Zee label, the album was her ninth as a leader. The album has never been released on CD, but the Vinyl Vault has a copy.

Brackeen was joined on the date by bassist Eddie Gomez and drummer Jack DeJohnette for an acoustic date featuring all original compositions by Brackeen. The Tappan Zee label, a subsidiary of Columbia, was formed by smooth jazz keyboardist Bob James, so Brackeen’s appearance on the label was a bit surprising. However, the association with James took away none of Brackeen’s edginess or innovative playing. Her compositions and improvising are as exciting and dynamic as ever.

Brackeen was named an NEA Jazz Master in 2018. Her jazz resume is long, featuring associations with many of the greats of the bebop and post-bop era including Art Farmer, Dexter Gordon, Charlie Haden, Stan Getz, Billy Higgins, George Benson, Charles Lloyd, Woody Shaw, and many more. She has the distinction of being the first and only female member of Art Blakey’s Jazz Messengers. By the late 70s, at age 36, she left her side-woman role behind and emerged as a leader. She is currently a full-time professor at the Berklee College of Music in Boston.

Check out the powerful playing of Joanne Brackeen on Tuesday, July 20 at 8:30 pm on the Vinyl Vault on KUVO JAZZ.