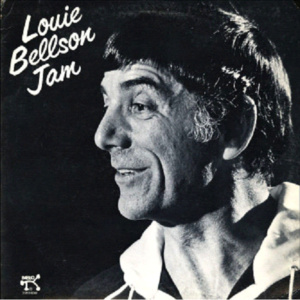 The tunes, for the most part, were composed by the band members with especially tasty compositions by Mitchell and Christlieb. Bellson added a couple of songs and the band covered one written by Joe Roccisano.

Despite having the word “Jam” in the album title, the tunes all have careful and elegant arrangements with room for improvised solos, but not to an extreme. Although the album was recorded less than a year before his death, Mitchell was in fine form throughout the session. Bellson was one of the foremost swing drummers of the 20th Century and his solid time propelled this recording from start to finish.

Check out this swinging session with Geoff Anderson on the next Vinyl Vault, Tuesday, September 13 at 8:30 pm on KUVO JAZZ.