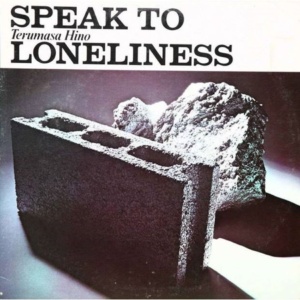 This week’s Vinyl Vault goes to Japan for an album by trumpeter Terumasa Hino entitled “Speak to Loneliness.” Released in 1979 on the Inner City label, the album was recorded in January 1975 in Tokyo.

Hino is one of the most highly regarded jazz musicians from Japan. He’s recorded over 50 albums under his own name and he’s appeared as a sideman on even more than that. Initially influenced by trumpeters such as Freddie Hubbard and Woody Shaw, Hino has gone onto work in many different styles of jazz including fusion and modal styles as well as R&B, free jazz, avant-garde and funk.

“Speak to Loneliness” is an acoustic session featuring mostly straight-ahead blowing, but also some edgier elements somewhat reminiscent of Arthur Blythe’s “Lenox Avenue Breakdown” and “Illusions” which were recorded only a few years later. The supporting musicians on the album are all Japanese.

Join Geoff Anderson on the Vinyl Vault, this Tuesday, January 26, at 8:30 pm, only on KUVO JAZZ.