KUVO is proud to announce Art Blakey is the station’s featured artist of the year! When you make a gift to KUVO in 2015, you can receive an Art Blakey shirt or hoodie in return!

Born in 1919, Art Blakey began playing piano at a young age. Blakey later moved on the the drums when he was usurped from the keys by the talented Erroll Garner during a nightclub gig. The sudden shift in his musical career proved to be advantageous, launching an illustrious drumming career spanning six decades.

In the late ’40s, Blakey visited Africa were he learned polyrhythmic drumming. This trip led to his conversion to Islam, and he took the name Abdullah Ibn Buhaina. During this time, Blakey also formed his first Jazz Messengers group, a 17-piece big band.

Though his Jazz Messenger bandmembers changed throughout the years, Blakey’s driving rhythms and incessant two and four beat on the high hat cymbals were consistent.

Throughout the ’80 and until his death in 1990, Blakey served as a mentor to many great jazz artist, including Wallace Rooney, Terence Blanchard,  Mulgrew Miller, Donald Brown and Peter Washington.

Blakey died at the age of 71, but his impact on six of the best decades of jazz music lives on.

“[Blakey’s] message lives on in the music of the scores of sidemen whose careers he nurtured, the many other drummers he mentored and countless fans who have been blessed to hear the Messengers’ music,” Yawu Miller, Managing Editor, The Baystate Banner. 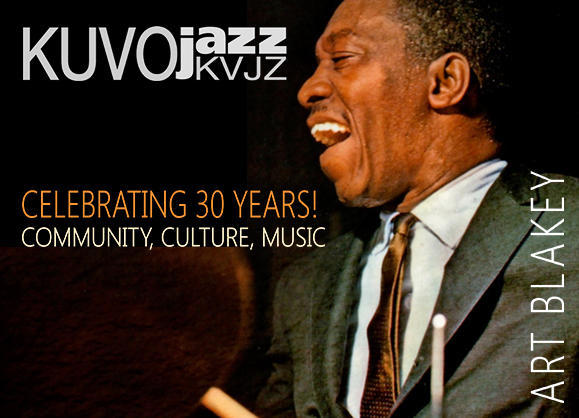 Information from The Estate of Art Blakey.