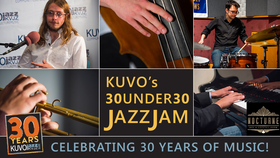 In 1982, the National Endowment for the Arts (NEA) established the Jazz Masters award, recognizing living individuals for their contribution to the music. In 2011, the NEA added a twist by recognizing not an individual but a family – the Marsalis clan from New Orleans that includes pianist Ellis, the father of the family, trumpeter Wynton, saxophonist Branford, trombonist Delfeayo and drummer/vibraphonist Jason. While that approach certainly had its critics, there’s no question that Wynton Marsalis is among the most influential jazz figures of modern times – an influence that extends well beyond the extraordinary ability he displays on his horn.

In leadership there is frequently a debate over how much any individual can affect things. When the Jazz at Lincoln Center Orchestra led by Wynton came through Colorado this past week with stops in Breckenridge, Aspen, Denver and Boulder, it served as a reminder of just how much the entire Jazz at Lincoln Center project depended on Marsalis. Of course, he didn’t provide the funds to establish the Jazz at Lincoln Center’s home in a building at Columbus Circle in New York. No one ever does it all. But he was the force that made the entire idea a reality. If you were to take him out of the picture, the picture would be entirely different.

If you managed to catch the fine big band (with a host of strong soloists) at the sold out Denver Botanic Gardens, for example, you got an added treat when Marsalis talked about hearing a very young Greg Gisbert at El Chapultepec (a.k.a. the Pec) and then introducing him sitting in the trumpet section. Gisbert has played with the Jazz at Lincoln Center Orchestra on a number of occasions and it was good to have him doing that in his hometown. Gisbert has been splitting his time between Denver and the East Coast and noted that he was coming back home on a more permanent basis. Gisbert is a player and the Pec, 1962 Market, is still swinging in its own inimitable way with veterans such as saxophonist Freddy Rodriguez who, in a manner of speaking, is on stage on Wednesdays and Thursdays at 9 p.m. of

Over at Dazzle, 930 Lincoln, Thursday finds pianist Neil Bridge with his 7+ band that includes singer Karen Lee. Performing at 7 p.m. (303-839-5100). The evening has a special guest in the person of percussionist Gary Sosias who was in Denver and is now in Washington, DC.  Then on Friday, drummer Paul Mullikin brings a quintet to Dazzle with sets at 7 and 9 p.m. After that, its saxophonist/flutist Joe Anderies at Dazzle on Saturday at 7 and 9 p.m. with his Reunion Project band – a quintet that features a couple of players who have had a long history with saxophonist/educator.

Come Sunday, singer Wellington Bullings, who went to Boston’s Berklee College of Music, brings her sound to Dazzle at 7 p.m. The singer is also part of the current lineup at Nocturne doing “Torch Singer Tuesdays” through August starting at 7 p.m. This Tuesday also finds the CP-Trio with Aaron Summerfield, Kevin Matthews and Kim Bird at Dazzle at 7 p.m. On Monday at Dazzle, it’s two groups (Soul Confluence and Groove Trader) from the Soundhouse after school program on stage at 7 p.m.

The musical week ends up on Wednesday with the sextet out of New Orleans called DinosAurchestra led by trumpeter Reid Poole that covers a lot of the musical spectrum at 7 p.m. Also on Wednesday, bassist Christian McBride begins a swing through Colorado with a stop in Jazz Aspen Snowmass on Wednesday before heading to Dazzle in Denver on July 18. In Aspen, McBride is at the “Downstairs at the Little Nell” series in the Little Nell Hotel at 7 and 9:15 p.m. with his piano-bass-drums trio. He will then be in Denver with his special trio hat has Mark Whitfield on guitar.

Finally on Sunday, there’s a “Jazz for Jazz Lovers” home concert in Aurora at 4 p.m. featuring a live recording session by vibraphonist David Atkinson and his quartet (303-400-5288 for reservations), while on Thursday the weekly “Jazz at Vail Square” program the Vail Jazz Foundation features singer Nicole Henry (888-824-5526).  And on Monday, the Vail Jazz Foundation also offers singer Curtis Stigers with the H2 Big Band celebrating Frank Sinatra at the Lodge at Vail, 174 E. Gore Creek Drive, at 6 p.m. (970-476-7425).