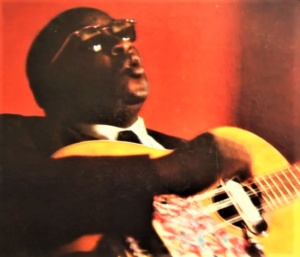 Arsenio Rodríguez is The Godfather of Salsa. His innovations, in Cuba and New York City were the most important steps in converting Cuban and Puerto Rican dance music into the worldwide explosion of salsa.

On Sunday, December 27, Arturo Gómez will substitute host on “Salsa Con Jazz” from 2 pm to 4 pm to commemorate the 5oth Anniversary of the passing away of Arsenio Rodríguez which occurred in Los Angeles on December 3oth, 1970.

The tribute will span his career from the mid-1930s contributing his compositions to the popular bands in Cuba through the founding of his own group in the 1940s that created the foundation of salsa by introducing the piano, multiple trumpets and congas to the small ensemble, a format still dominant in the current salsa scene. We will include Arsenio’s first visit to New York in 1947 to see a specialist about restoring his vison as Arsenio was sightless since his adolescence. While in NYC he recorded some legendary songs with top notch Latin musicians.

Arsenio returned to Cuba where he became one of Havana’s “Big Three” most popular ensembles. Rodríguez became known as El Ciego Maravilloso or the Marvelous Blind Man. Many groups in Cuba, New York and Puerto Rico began recording his songs that were known for his poignant lyrics dealing with the struggles of the working class. In 1951 Arsenio relocated to New York City where he transformed the music scene there with his evolving music ideas. In the early 1960s Arsenio and his 2 brothers who were members of his band, began spending time in Los Angeles before permanently settling in Los Angeles in the late 1960s. Besides his own music, we will share highlights of his songs played by other groups as well.

That’s this Sunday on Salsa con Jazz beginning at 2 pm. Don’t miss it!