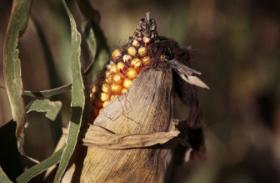 The federal farm bill had come to symbolize the very depths of dysfunction in the nation’s Capitol. The bill with a little something for everyone had ranked right up there with motherhood and apple pie in many sessions past. But this bitterly-divided Congress couldn’t even pass the farm bill – for three years.

The Western Governors’ Association, of which Colorado Gov. John Hickenlooper is chair, quickly issued a statement praising Congress for getting off its collective duff, although in more polite terms, citing the many “significant wins” the bill contained for the West.

Many Western states have multiple counties which receive a federal subsidy called Payments in Lieu of Taxes (PILT), and there, lo and behold – tucked into the farm bill – was the $425 million program for fiscal year 2014.

In essence, these are payments to local governments whose boundaries contain non-taxable federal lands. Colorado, with its vast swaths of federal territory, is a top-five PILT state. In fiscal year 2013, for example, Mesa County received the biggest payment at $3.12 million for its 1.55 million federally-owned acres. But almost every county received some PILT.

The problem is that PILT, with its unusual landing spot in the farm bill, was funded for only one year. The rest of the farm bill is for five years.

“PILT should not be funded one year at a time –  as is now the case in the farm bill,” said Jim Ogsbury, executive director of the governors’ association.  “WGA will continue to work on a long-term solution to provide a permanent source of funding for the nation’s PILT counties.”

The farm bill will end direct payments to the state’s 37,000 farmers and ranchers, The Denver Postreported, but it instead will give them a highly supportive crop insurance program.

The greatest source of partisan division over the bill was the Supplemental Nutrition Assistance Program (SNAP). The new bill trims about $8 billion in funding for food stamps by tweaking eligibility rules, as opposed to the $40 billion demanded by House conservatives. But The Post story reported that Colorado’s half-a-million beneficiaries will not see reductions because the loophole closed doesn’t exist here.

The bill also includes changes to myriad  complicated programs involving environmental regulations on farms, aid to dairy and sheep farmers, and what kind of food the Agriculture Department should buy to replenish the nation’s food banks, The Washington Post reported.

But buried in the fine print of the bill, as noted by the governors, was another nice little win for the West. The bill authorizes the  U.S. Forest Service to lease five more firefighting air tankers, this in addition to the 22 planes added by separate legislation a few weeks ago to rebuild the depleted fleet.