“Airegin” (1954), by Sonny Rollins, was part of a singular achievement. Hired as a sideman by Miles Davis, Sonny Rollins brought three compositions (“Oleo”, “Doxy” and “Airegin”), all three of which immediately became jazz standards. Rollins said he had been impressed by a photograph of Nigerian dancers, “So the next song that I wrote I dedicated to the dancers, and I titled it ‘Airegin,’ which is Nigeria spelled backwards.” Long a favorite of saxophonists, it has been recorded by bassists, trumpeters, a vibraphonist, guitarists, pianists and a harmonica player, Toots Thielemans, who used it as the title cut of an album.

Sonny Rollins (1930-present) has been a leading jazz tenor saxophonist since the 1950s and has influenced generations of performers.  His 1959-1961 sabbatical, seeking a more spiritual path, was followed by the groundbreaking album “The Bridge”. Since then he has occasionally taken other leaves, each time returning with new and  immensely popular songs. His awards include at least ten honorary doctorates, appointment to the “Down Beat” Jazz Hall of Fame, Grammy for lifetime achievement, the Austrian Cross of Honour for Science and Art, 1st class and Kennedy Center Honors. In an interview he said “Despite what’s been written about me, I don’t think I’ve played as well as I’m able. I’ve only done a small part of what I want to do…”, which is a great measure of his goals. 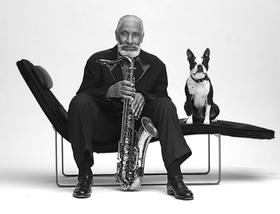