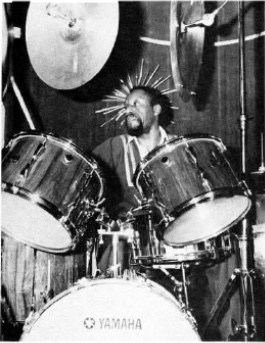 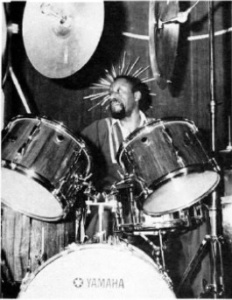 Carr was born on February 9th, 1928 and raised in New York. He grew up around many different ethnic groups, including German and Italian neighborhoods. He was a timbale player in Latin bands and this is still reflected in the way he plays his small tom-toms at times.

By listening to the radio while growing up, Carr was able to hear different styles of music. “Leaders would hand me charts, but I’d already know the tune by ear. I’ve got a good memory too.”

Bruno Carr is not a household name with most drummers. But if you could ask Billie Holiday, Ray Charles, John Coltrane, Charlie Parker, Michael Franks, Aretha Franklin, Monte Alexander, Stanley Turrentine, Roy Ayers or King Curtis who Bruno Carr is, they would know. He has played drums with all of them, either touring, recording, playing on TV, or appearing in movies with them.

Carr is probably one of a few musicians who does not care for recording. He states, “I don’t feel that I’ve ever been recorded well and anything that I’m asked to do, any drummer could do.” In many cases he asks that his name not appear on the record album. “I want to be known as a personable drummer, such as Elvin Jones. You can recognize that it’s Elvin when you hear him. He has his own style.”

Carr plays with a lot of fire and conviction. When he is playing, all of his energy is being centered towards the music. This could be witnessed when he was playing with Kenny Burrell for one week in Los Angeles. Carr’s playing could also be described as being subtle, controlled, restrained, and having a nice, light touch. In other words, adapting to what the situation calls for. Carr’s playing complemented Harry “Sweets” Edison’s music beautifully. And besides being the first time he had played with Edison, that gig was also broadcast live on radio, all over Los Angeles. Carr would also be heard on another broadcast within a month, this time with Red Holloway. When seen with Michael Franks, whether the style of music be light jazz, Latin or funk, Carr always played with taste. He also kept his eye on Franks. “I always keep an eye on the leader. You never know when they’ll stop a song or change the tempo.”

Sadly, Carr died of lung cancer in Denver, Colorado, at the age of 65.