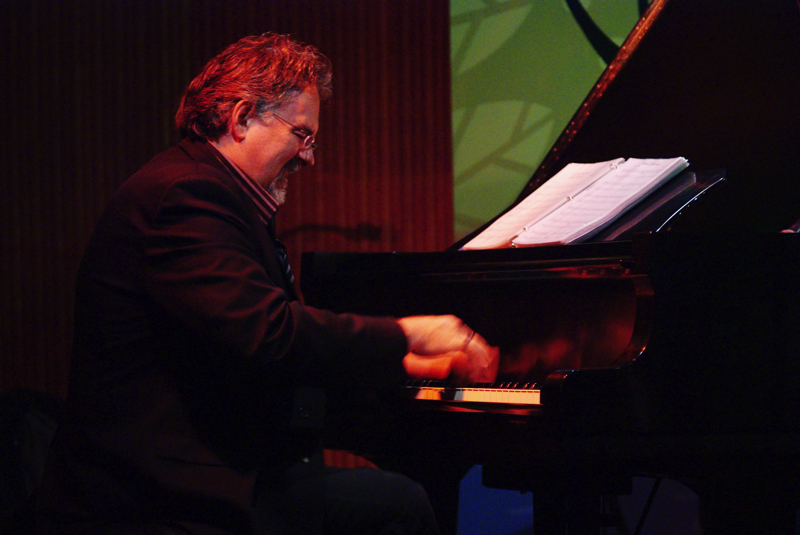 Based in Denver since 1980, pianist and composer Eric Gunnison has led a distinguished career during which he has not only established himself as one of the mainstays of the Mile High City’s vibrant jazz scene as an instrumentalist, bandleader and educator, but has also attracted a global following performing, touring and recording with internationally renowned jazz artists, particularly jazz vocalists.

Born on March 26, 1956 in Canandaigua outside Rochester in New York State’s Finger Lakes region, Gunnison was raised in Buffalo and graduated from the Berklee College of Music in Boston in 1979. After playing piano for The Lettermen during the famed male vocal group’s 1980 tours of Asia and the U.S., he toured and recorded as the pianist and synthesizer player for the popular vocal quartet Rare Silk from 1982 to1986. From 1986 to 1991 he toured internationally and recorded as the pianist and arranger for the legendary jazz vocalist Carmen McRae and was the pianist accompanying McRae on her tours of Switzerland in 1988 and of Cuba in 1999 with Dizzy Gillespie. He also played keyboards for and toured with Nelson Rangell from 1993-1996 U.S and appeared on several recordings the saxophonist made for GRP during those years.

Gunnison’s current associations include touring internationally as well as recording with the sensational vocalist Roberta Gambarini, whom he has accompanied since 2001, and, since 2005, as pianist with the Dizzy Gillespie All-Stars Big Band and Sextet with which he has toured the U.S., Europe and Asia. He has also performed with vocalist Rene Marie and the Christian McBride Big Band among others.

Fellow Denver-based artists Gunnison has worked with extensively include trumpeter Ron Miles with whom he has toured and recorded since 1997 including appearing as a clinician and pianist with Miles’s quartet at the 1st Annual Thailand Jazz Conference and at the Bangkok Jazz Festival in 2009. Gunnison has also been the pianist and a composer/arranger for the cooperative band Convergence, one of Denver’s leading jazz ensembles, since 1991. In addition to releasing several recordings, Convergence hosts a monthly series of appearances with special guest jazz artists at Denver’s premier jazz club Dazzle that since February 2010 has featured Roberta Gambarini, Rene Marie, Randy Brecker, Jim McNeely, Chris Potter, Christian McBride, Wallace Roney and Bobby Watson among others. Gunnison has also been leading and performing his own music with Wake Up Call, a fusion-oriented quintet he formed in 1991 featuring keyboards/synthesizers, saxophone, guitar, bass guitar and drums.

Active for more than 30 years as a sideman and studio musician on piano, synthesizers and other keyboards, Gunnison has also been a member of the adjunct faculty of the University of Denver’s Lamont School Of Music and on the faculty of the Colorado Conservatory for the Jazz Arts since 2000.