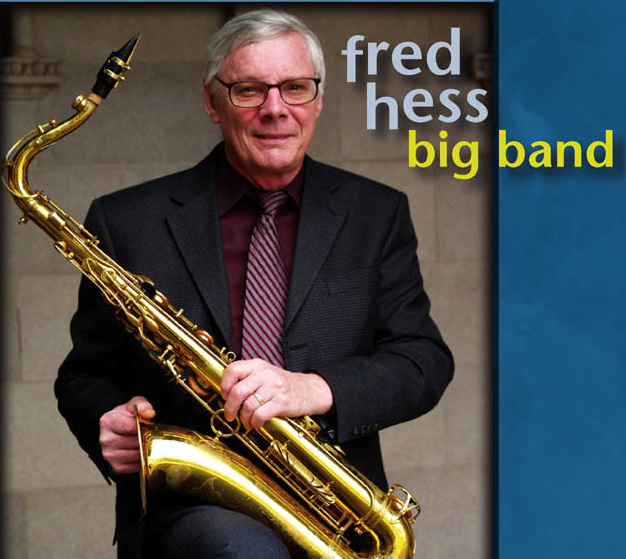 “Hess has an obvious affinity for a wide range of jazz-related idioms; he melds them into a cool, brainy, and utterly natural composite. On tenor, Hess has a mellow, Lester-ish tone and what seems to be an encyclopedic knowledge of the tenor giant’s style. Still, his melodic sense also draws from the best of the modern idioms. His articulation is smooth and light; harmonically, he’s not adverse to going “out,” though he never discards the changes of a tune for the sake of expedience.” – All Music Guide

Born in Abington, Pennsylvania, Hess grew up in New Jersey, attending Trenton State College, before moving to Colorado in 1981. In 1991, he graduated with a doctorate in music composition from the University of Colorado, Boulder. His early experiences include studies with saxophonist Phil Woods, a stint with bandleader Fred Waring, and composing music for the world premiere of a Sam Shepard play. As a composer, his influences encompass avant-garde classical sources, as well as Anthony Braxton and the members of the AACM. He currently is Director of Music Composition at The Metropolitan State University of Denver.

Committed to exploring the boundaries of both notated and improvised music, Hess attended the Creative Music Studio, Woodstock, NY, in 1979. Moving to Colorado, he began the Boulder Creative Music Ensemble in 1982. In addition to his own projects as a leader (BCME and The Fred Hess Group), he was the founding director of Denver’s Creative Music Works Orchestra and has been a member of drummer Ginger Baker’s Denver Jazz Quintet, as well as ensembles led by trumpeter Ron Miles. His current performing groups are the Fred Hess Quartet and the Fred Hess/Marc Sabatella Duo.

Along with recording fourteen CDs under his own name, Hess has twice received the Colorado Council on the Arts Composition Fellowship (1986 and 1994), and captured first place in the inaugural Hennessey Jazz Search in Denver (1991), In 2000, Hess received the Julius Hemphill Award for Jazz Composition awarded by the Jazz Composers Alliance, and in 2006, he won first prize at the International Jazz Composers Symposium held in Tampa Fl.. Favorable articles and CD reviews have appeared in such periodicals as DownBeat, Jazziz, JazzTimes, Coda, The Wire, JazzWise, Cadence, and Spin, as well as online jazz websites.

THE LONG AND SHORT OF IT

YOU KNOW I CARE