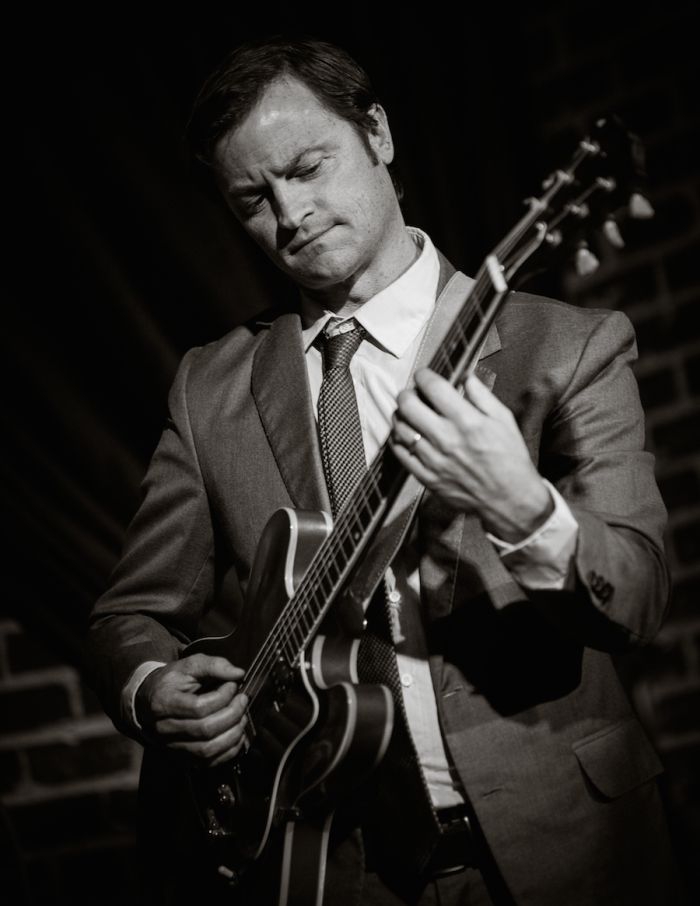 Guitarist Matt Fuller has recently returned to his home state of Colorado after living as a freelancing musician in New York City 2012-2015. Matt Fuller’s Simpatico Trio, City Life, released January 2017, features all original compositions that capture snapshots of his time in New York. In 2015 Matt was awarded a Pathways to Jazz grant from the Boulder County Arts Alliance to record this music. Matt’s debut album Waiting for Violet was released early 2014, and features the celebrated Denver trumpeter Ron Miles.

In addition to performing, Matt devotes much of his time to another passion, teaching. In 2015 he joined the faculty at Denver Metro State as an affiliate guitar instructor and ensembles director in the Jazz and American Improvised Music program. From 2005 to 2011 was on faculty at the University of Northern Colorado as instructor of jazz guitar, and director for the UNC jazz guitar ensembles. From 2000 to the present Matt has owned and operated Matt Fuller Music, a private teaching studio for students of all ages, ability levels, and goals, and has maintained many long lasting relationships with his students.

Matt’s formal education includes a Master of Music degree in Jazz Performance/ Pedagogy from the University of Colorado at Boulder in 2004, and a Bachelor of Arts degree in Music Education from Ft. Lewis College, (Durango, Colorado) in 1998. From 2001 to 2012 he has been a dedicated student of veteran jazz guitarist Dale Bruning, from whom he wrote his Master’s Thesis “Presentation and Analyses of the Dale Bruning System for Jazz Guitar”. He utilizes this system when teaching intermediate and advanced guitarists, and has recently employed the use of the Suzuki Guitar Method as an effective method for teaching children.