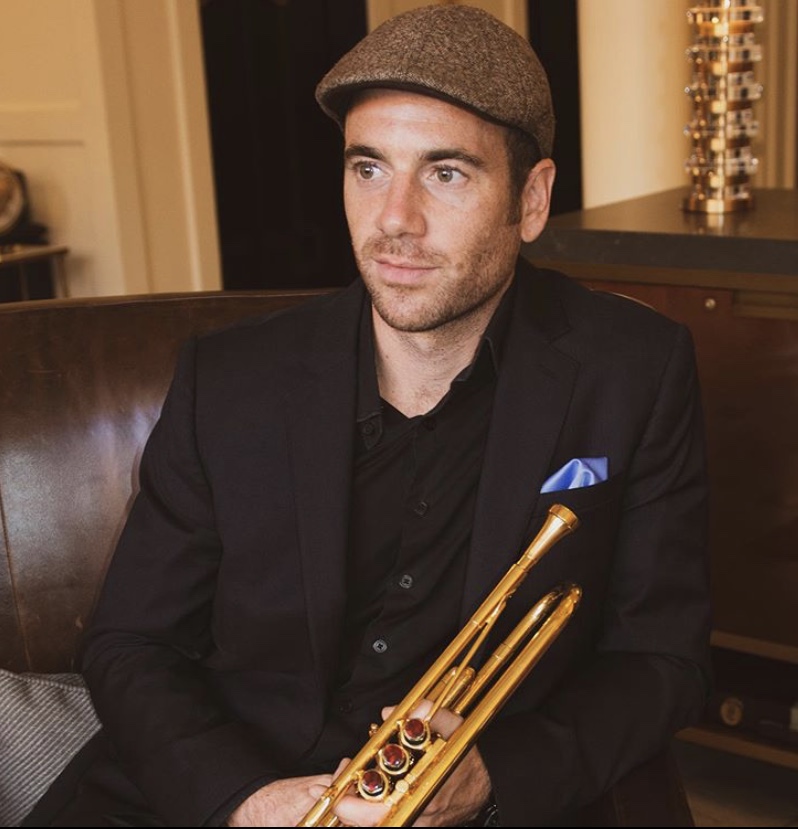 Gabriel Mervine began his professional career at age 13. He’s a member of the Colorado Jazz Repertory Orchestra and has worked with Natalie Cole, Christian McBride, Terence Blanchard, the Temptations, the Who, Fred Wesley, and many others. On Say Somethin’ he’s joined by Tom Amend (piano), Seth Lewis (upright bass), and Alejandro Castaño (drums) The music ranges from the upbeat grooves of the title track, “1964” and “Furor” to more contemplative songs like “Friends” and the quartet’s cover of “A Foggy Day.”

At a time in music where history and originality never seem to go hand in hand, Gabriel Mervine takes steps every time he picks up his trumpet to bring these two closer together. With a musical upbringing, Gabriel has deeply rooted himself in the traditions of Jazz and Classical music while at the same time contributing to the modern music scene. He wishes to leave no stone unturned and no genre unexplored because in his mind, all music has the power to make the artist who he or she is.

Born in Princeton, New Jersey, Gabriel began his professional playing career at the age of thirteen. By the time he graduated high school he was already looking at making a career out of playing the trumpet. He then went to the Colorado University at Boulder for Jazz Studies, but after one year decided to dedicate his time to becoming a working trumpet player, which would include continuing his studies privately with people such as Bobby Shew, Roger Ingram, and Greg Gisbert, just to name a few.

Gabriel quickly gained recognition and began performing with people such as Natalie Cole, Christian McBride, The Colorado Symphony, The Temptations, Terence Blanchard, Lettuce, Karl Denson, John Scofield, Hugh Jackman, Lonnie Smith, Russell Malone, The Who, Maceo Parker, Fred Wesley, Roberta Gambarini, the Motet, and Houston Person while also building a strong freelance career playing everything from Mariachi to Mahler. Gabriel now resides in Denver, Colorado, and keeps a rigorous schedule of local and national performances. He is currently seeking to broaden his musical repertoire with his own groups stretching into more modern original works while simultaneously trying to keep the music that inspired him at such a young age alive and well.