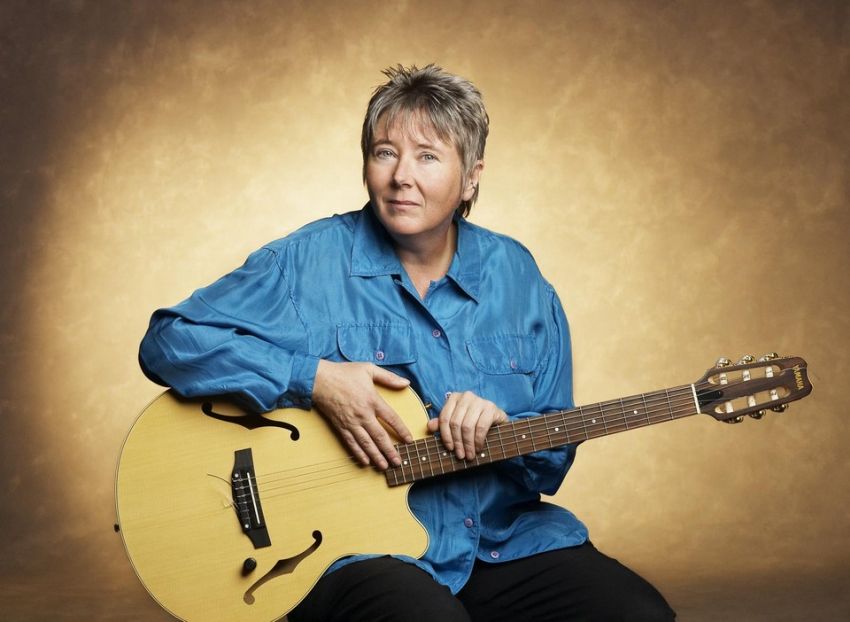 Billboard Magazine award recipient, Laurie Dameron, has been playing the guitar for over 50 years and singing even longer. Between solo performances and performances with her band, Laurie D and the Blues Babes, she has performed for hundreds of venues in and out of Colorado over the past 30 years. A broad repertoire of folk, blues, and jazz allows her to perform in many different venues. She has produced three CDs and currently working on the fourth and fifth.

In 1996 Dameron composed, arranged, and produced her first album, “Utah Dream”. It consists of many genres including folk, blues, rock, country, and one jazz tune. She does all the guitar work, rhythm, and lead, except for the phenomenal guitarist Mark Kranjcec from Old Soul, on “Dying of Human Souls”. Other musicians from Wind Machine appear as well as Daniel Jones on Pedal Steel on the title cut and Lap Steel on “Fun in My Bug”. Bob Juenemann adds harmonica and Laurie does much of the percussion along with Christian Teele and Joe Scott as engineers.

Dameron’s second album “Looking Through the Blue” is all original jazz and is self-produced and arranged. She does all the guitar work, vocals, and much of the percussion.

“I Can’t Wait to See You Again” is her third album with one original, the title cut, which won honorable mention in the 2008 and 2009 Billboard Magazine World Song Contest and also 12 of her favorite jazz standards.

“Based in Colorado, Dameron has an echoey acoustic sound on her guitar that is slightly reminiscent of Pat Metheny at times. Her music is soothing, danceable (but with subtle rhythms), and pleasing.”
–Scott Yanow, Los Angeles Jazz Scene

“I Can’t Wait to See You Again.” Mellow out with the third album from this talented Boulder-based jazz singer and guitarist, who celebrates the disc’s release with a concert Wednesday at Dazzle Restaurant and Lounge in Denver. Whether playing originals, classic blues tunes, jazz standards, or Brazilian favorites, Dameron keeps things tasty and understated. She’s got talent to spare but resists the urge to show off.
— Greg Glasgow, Boulder Daily Camera

“Dameron has come up with a perfect Sunday-morning CD, highlighted by a delicate reading of Antonio Carlos Jobim’s “How Insensitive (Insensatez),” a winking take on Fats Waller’s “Ain’t Misbehavin’” and the CD’s lone original, “I Cant’ Wait to See You Again.” Dameron’s playing is tasteful, and her arrangements are honest and simple, uncluttered by showy studio trickery. Pop this in and float your way through brunch.”
—Jerry L. Wheeler, OUTFRONT Magazine

“This (I Can’t Wait to See You Again) is not your average local jazz CD. This is a sophisticated release filled with near-flawless jazz guitar work and vocals that pay homage to jazz legends.”
—Brian F. Johnson, Publisher/Editor-in-chief of Marquee Music, Inc.

The 2008 release, I Can’t Wait To See You Again, by local jazz guitarist/vocalist Laurie Dameron captures the true essence of a bygone era. The torch singers in smoky lounges everywhere had a relaxed, gentle conversation with the audience and Ms. Dameron has unleashed the past with this disc. The title cut is a classic jazz vocal track, written by Dameron; questioning love lost, but with optimism. ‘But when it comes to romance, I’ve never been understood.’ It feels like candles are lit, the table set, waiting for someone to sit down.
— Mark L. Altobelli www.rockoncolorado.com

“Laurie D’s new CD is one of the best recordings of 2008 and her guitar playing is some of the best I have heard. If you somehow missed ‘Can’t Wait to See You Again’ in your busy life, go to her website and listen and then get it. She is one of Colorado’s best and this CD is not to be missed.” – Chris Daniels, musician

“Laurie, your new CD (I Can’t Wait to See You Again) is fun, fun, fun!”
–Carmen Allgood, owner, and producer of The Colorado Wave Radio

Dameron is also an environmental activist and in 2012 started her project Spaceship Earth: What Can I Do? Multimedia Presentations hoping to inspire folks to be better stewards to our beautiful planet Earth! Her song “What Can I Do?” made it to the top ten finalists in the 2011 Tipperary World Peace Song Contest. She passed the first round of auditions for America’s Got Talent in Denver in December of 2013. In 2015 she was elected chair of Environmental and Sustainability Development for BPW Colorado and is past chair for NFBPWC (National Federation Business and Professional Women Clubs).

Laurie is a long-time member of the Denver Musician’s Association (AFM Local 20-623) and the Colorado Music Business Association.

I Can't Wait to See You Again

Looking Through the Blue