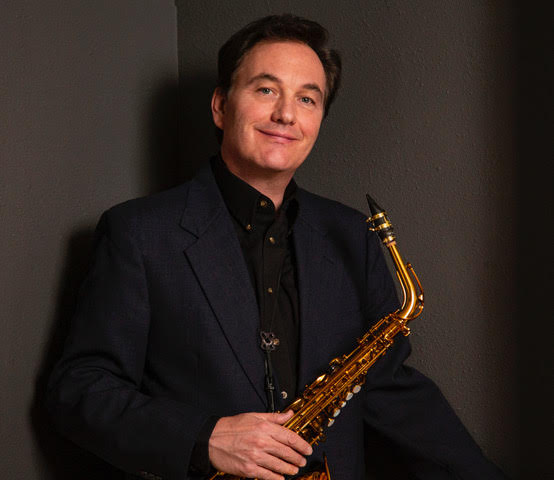 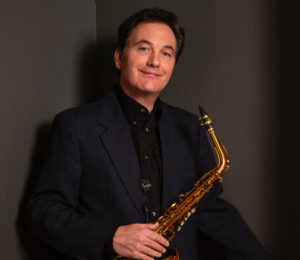 Alto sax musician Max Wagner boggles my mind on so many levels. Most of the musicians I have spotlighted have come out of University learning and developed their talents traditionally. Max simply skipped the University part and learned on his own.

Max listened to his father’s record collection and was inspired by Louis Armstrong and Dizzy Gillespie as early as age 2-3. At age 5, he told his folks, “that’s the music I want to play.” And yet, later, in typical pre-adolescent style, he dreamed of a career as a skier and tennis coach.

Then, at age 17, he decided to get serious about the sax and began teaching himself by ear. He says “the music teaches the music.” He practiced with KADX radio and with records. His first gig was at a coffeehouse where he learned the joy of playing for an audience. After high school graduation, he hit the road with groups and developed his chops as a soloist.

His career continued with many years of traveling gigs, which he thoroughly enjoyed both musically and socially. These years gave him the chance to experiment and to play with a variety of musicians. Later, he had a 4-year 4-night a week gig at El Chapultepec which further honed his skills and gave him the chance to play with top national guest artists and also jazz greats who would have a local gig but come to sit in at the Pec afterward. He was thrilled to play with the likes of Don Braden, Conte Candoli, Javon Jackson, Pete Christlieb, the musicians from Harry Connick Jr’s big band, Dakota Staton, Marcus Printup, Lou Tabakin as well as with our best local talent.

This is a musician whose communication with the live audience is his greatest satisfaction. He loves people and says jazz is a language that when well spoken realizes the meaning of communication, immediacy, expression. He never goes off into a self-indulgent spiel that might leave the audience cold. He’s a be-bopper who is an eloquent and lyrical player. Comfortable in front of people, he connects with his audience with great humor and soul and provides listeners with an entertaining, exciting, and intimate jazz experience.

Max talked at length about how blessed he feels to be able to play this music in front of audiences. Performing jazz, which he calls food for the soul, is his great love, for which he is deeply grateful.

Max is a veteran of some seventy recordings, but there are 3 CDs out there with Max as leader. The third, appropriately named “Gratitude,” was selected as CD of the Month at KUVO and received airplay in cities around the country.

On his next CD, “Night Song,” our alto sax player is again joined by Eric Gunnison, Ken Walker, and Todd Reid. It includes two standards, a Bossa Nova, a samba, and Jitterbug Waltz, all tunes that are typically played at night in clubs, which is how he chose the album title. An original tune of Max’s is “Welton After Dark,” which is dedicated to KUVO.

“Night Song” will be released by May 24 and there will be a CD release party at Café Sole in Boulder on June 14. You should be there!

This Can't Be Love