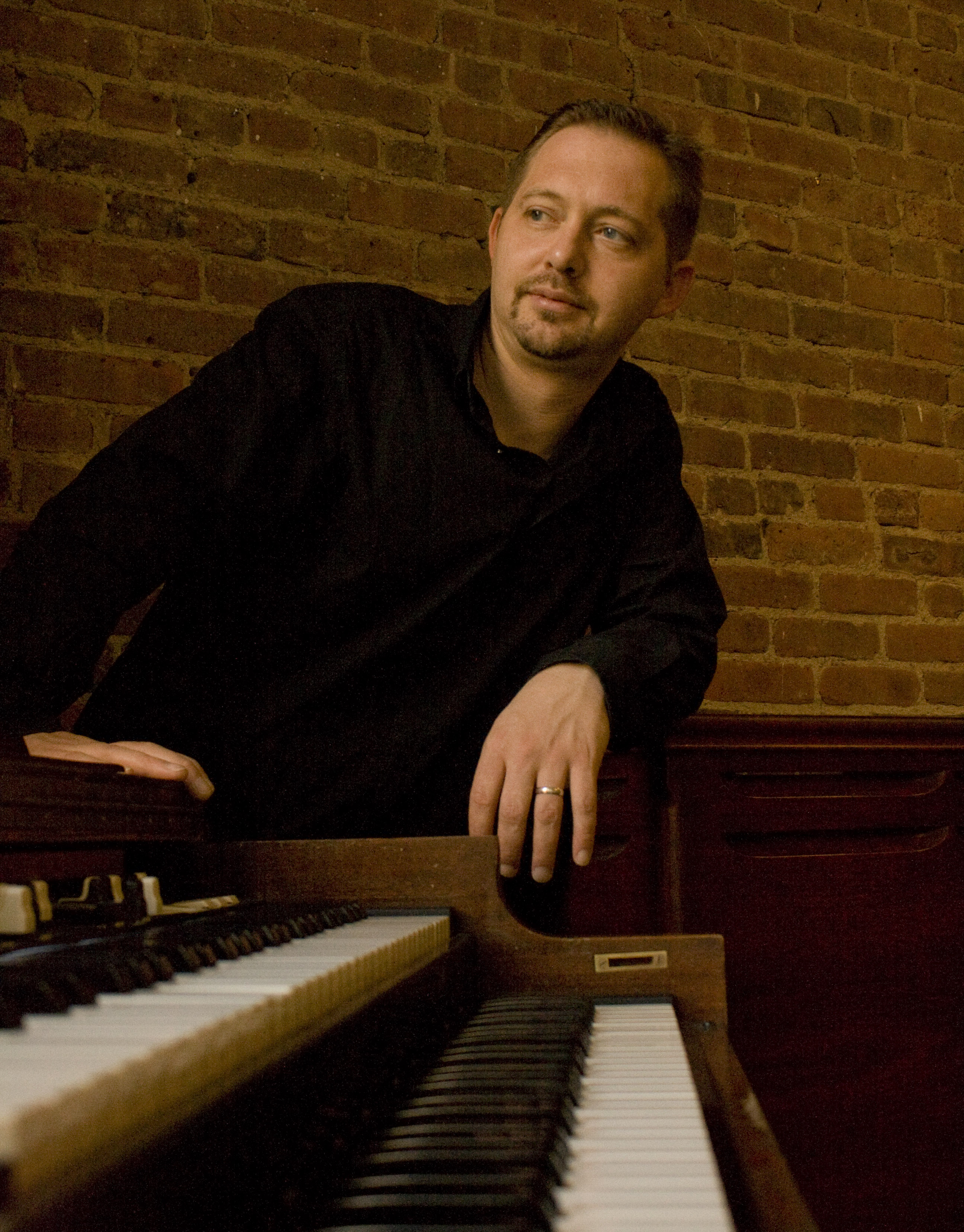 Two-time grammy nominated organist and winner of Downbeat Magazine’s 2016 rising star poll Pat Bianchi, has established himself as one of the most in demand organists on the scene today. His command of the instrument, harmonic prowess, rhythmic intensity and versatility are rivaled by few.

Bianchi, who comes from a musically gifted family, began playing organ at the age of 7, after receiving a Farfisa Compact Duo organ as a Christmas gift. His grandfathers (Pat Bianchi – Saxophone and Richard Zona – Trumpet) along with his father (Nick Bianchi – Drums) all working musicians, provided a great deal of support and guidance early in his musical development. Recognizing Pat’s continuing affinity for music, his parents enrolled him in classical piano study. While still maintaining a strong interest in organ, he was playing his first professional gigs by the age of 11, eventually performing with dance bands around his hometown of Rochester, NY.

Bianchi then joined the faculty of the University of Colorado at Boulder Jazz Studies Program teaching piano, theory and ensembles to undergraduate, masters and doctoral students. During this time he recorded his first album as a leader, East Coast Roots, which features Mark Whitfield on guitar and Byron Landham on drums. At the same time, Bianchi began working closely with drummer Ralph Peterson Jr. on collaborative projects, including and co-leading The Unity Project (a tribute to organist Larry Young and his album Unity).

Bianchi returned to New York City in June of 2008, soon after, he officially joined The Lou Donaldson’s quartet in 2009. Continuing to play with Lou, Bianchi also joined Pat Martino’s working trio in 2011 while taking on the responsibilities as musical director. Bianchi is featured on numerous recordings such as Tim Warfield’s Sentimental Journey, a follow up to Warfield’s recording One For Shirley (on which he also appears) as well as guitarist Chuck Loeb’s release, Plain and Simple. At this time Bianchi also continued to perform with drummer Ralph Peterson Jr., forging ahead with The Unity Project. Bianchi was featured, recording much of this material on Peterson’s CD Outer Reaches. Soon after Bianchi released his second recording as a leader, Back Home. This recording features Terell Stafford, Ralph Peterson Jr, Wayne Escoffery, Carmen Intorre Jr. and Gilad Hekselman.

While still actively performing with both Pat Martino and Lou Donaldson, Bianchi not only continues to collaborate with many well known musicians, he is also on the faculty of Temple University (in Philadelphia) and Queens College (NYC). Bianchi has released six CD’s as a leader and is also a featured artist on over 30 recordings. Building on the success of his 2015 recording “A Higher Standard”, his newest release, “In The Moment” (Which was #1 on Jazzweek Radio Charts and #2 for over 8 weeks) features an array of guests including Pat Martino, Kevin Mahogany, Joe Locke, Peter Bernstein, Paul Bollenback, Byron Landham and Carmen Intorre, Jr.