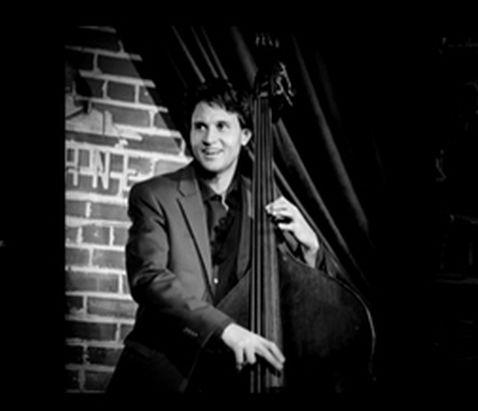 Young Patrick McDevitt is a true product of the Colorado jazz scene. He was first introduced to music by his musician parents. His Denver influences include Ken Walker, Paul Romaine, Bijou Barbosa, and Brad Goode. He sees the Denver jazz scene as a circle of friends who support each other without ever settling. Rather, they challenge each other, raising the bar.

McDevitt plays both upright and electric bass. He did have an out-of-Denver stint with the New Orleans group, The Mike Dillion Band – bending genres with a twist of jazz, Latin, bizzaro, funk, and punk – before returning to Colorado.

Locally, he has played with Annie Booth, Josh Quinlan, Alejandro Costaño, the Funky Fresh Trio, and more. In 2015, KUVO spotlighted him in their “30 Under 30” feature.

As an educator at Colorado Conservatory for the Jazz Arts, Patrick sees firsthand the lessons music instills in young students. “You learn to communicate, you have to be kind,” Patrick said. “You have to value other people’s time and respect them.”

In 2014, he recorded an album, Band of Outsiders, and one called Hang Time with the Colorado Conservatory For the Jazz Arts as bassist and Composer. With Annie Booth, he recorded “Festive!”