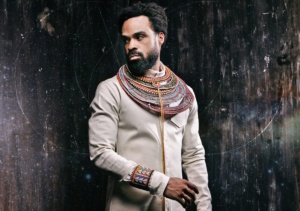 Bilal– a classically-trained vocal veteran with an inimitable voice, wholly modern and restlessly creative. Through evangelism from his peers and word of mouth from his fans, Bilal has gained an insatiable following, performing genre-bending music that is hard to pin down and even harder to ignore. His collaboration on Kendrick Lamar’s “These Walls” (alongside Thundercat & Anna Wise) won Best Rap/Sung Performance at the 58th Annual Grammy Awards in 2016. Bilal has also collaborated with Beyoncé, Common, Jay-Z, Erykah Badu, Robert Glasper, Boney James, Musiq Soulchild, and The Roots, among others. He also appears in Dave Chappelle’s Block Party.

Bilal will be joined by Conley Whitfield on Bass, Joseph “Joe Blaxx” Grissett on Drums, and Randall Runyon on Guitar