Billy Strayhorn’s “Take the ‘A’ Train”

Share
The signature tune of the Duke Ellington Orchestra, “Take the ‘A’ Train” was composed by Billy Strayhorn in 1939 and first recorded in January 1941 as a standard transcription for radio broadcast.

“Take the ‘A’ Train” was birthed out of the directions Ellington wrote for Strayhorn to get to his house by subway after moving to the Big Apple from Pittsburg. Beginning with the words of the song’s title, the directionsreferred to the subway service line that opened in the 1930’s running from eastern Brooklyn to Harlem and northern Manhattan.

Inspired by Fletcher Henderson’s arrangements featuring trumpets, trombones and saxophones, Strayhorn composed “Take the ‘A’ Train” combining the swing of the ’40s with the chordal structure of “Exactly Like You” and the confident sophistication of the black elite of Harlem’s Sugar Hill.

The first recorded lyrics were penned by 20-year-old Joya Sherrill.

In 1999, National Public Radio listed this song in the “NPR 100,” denoting the most important American musical works of the 20th century.

“Take the ‘A’ Train” has been covered by a wide variety of artists, including The Delta Rhythm Boys, Sarah Vaughan, Ella Fitzgerald, Phish and The Rolling Stones.

Tune in to First Take with Chavis and Lando — weekdays from 6-9 am MST – for Stories of Standards to hear our favorite versions of this song all week long! 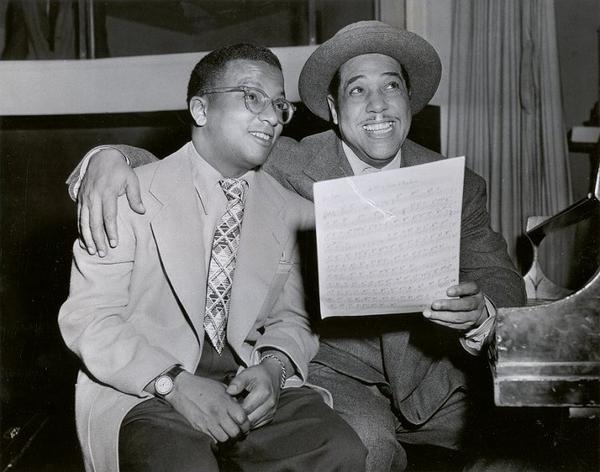