In a 1963 interview Thelonious Monk said that “Blue Monk” (1954), played with the trio, was his favorite composition. It certainly was one he recorded many times. The melody is extraordinarily lyrical and tremendously popular with singers, pianists, guitarists and saxophonists, among others. Abbey Lincoln wrote lyrics for the tune, which she recorded as “Monkery’s the Blues” in 1961, with Monk’s approval. Other well-known recordings were on Carmen McRae’s 1995 album “Carmen Sings Monk” and Karrin Allyson’s 1997 “Daydream” CD. The lyrics aptly evoke difficulties of devotion to a style of music that very few understood or appreciated at the time, though that was over by the 1960s.

Thelonious Monk (1917-1982) was born in North Carolina; his family moved to New York City when he was four years old and he lived there for much of his life. He was a child prodigy on the piano and was barred from the Apollo Theater contests by the time he was thirteen because he had won so many times. In 1941 he was working at Minton’s Playhouse in Harlem, where along with Charlie Parker and Dizzy Gillespie, he developed the styles that later became synonymous with modern jazz. Memorably original, Monk once said that a “genius is one who is most like himself”. 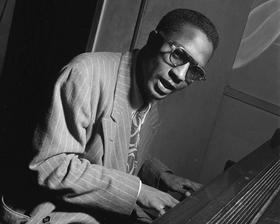