Barney Bigard and His Jazzopaters were the first to record “Caravan” in 1936. The tune was composed by trombonist Juan Tizol and arranged by Duke Ellington.

“Caravan” was released by Variety, a recording label that had just been launched by Irving Mills. Manager Helen Oakley suggested that he use Variety, the smaller and more experimental of Mills’ two record labels, to try small group recordings with members of Ellington’s orchestra. Out of this experiment came the “Caravan” recording, in which Bigard led the band, consisting of Tizol, Ellington, Cootie Williams, Harry Carney, Billy Taylor and Sonny Greer.

Mills composed rarely performed lyrics for the exotic tune, which evoke images of the desert.

In 1937 the Mills Brothers recorded an a capella version, in which they vocally imitate all the instruments. The composition was often recorded by big bands, including those of Edgar Hayes, Bunny Berigan and Benny Goodman.

Freddie Hubbard’s modern arrangement of the tune, which he performed with Art Blakey’s band in the 1960s, is one of the more influential versions. Another prominent recording came from Wynton Marsalis in 1986.

“Caravan” is often played as a set-up for a drum solo. Not surprisingly, it’s an important song in the 2014 film Whiplash, which centers on an aspiring jazz drummer.

“Caravan” is one of the most recorded and performed jazz songs with more than 1,700 recorded versions. Tune in today as we celebrate Jazz Appreciation Month with some of this compositions most notable covers! 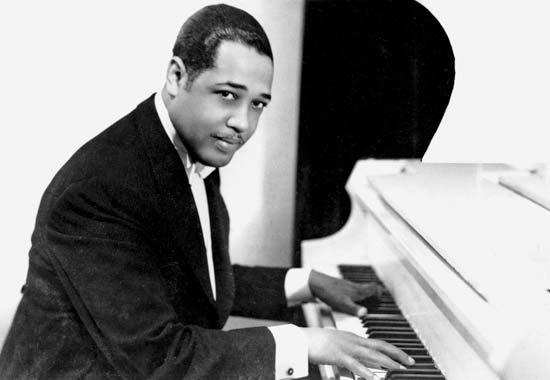