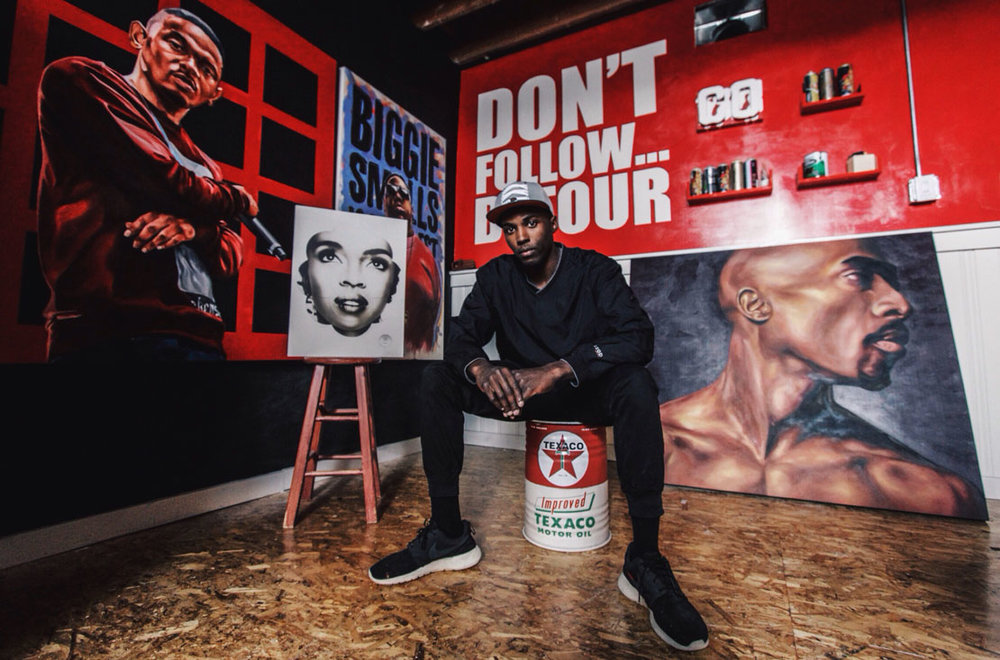 We’ve seen his work across Denver and beyond, from large-scale public murals to immersive and interactive art spaces, Thomas Evans a.k.a Detour is a Denver-based creative known for his cultured and vibrant artwork. His portraiture has spanned from legends in their respective fields to local and active community members, to the silenced and oppressed. Music, though distinct from his art form, has always been ingrained in his productions and was instrumental during his teens and twenties. His preference runs the gamut from hip hop to long-form instrumentals. When he first started out painting, a lot of his references were the musicians he was personally infatuated by. 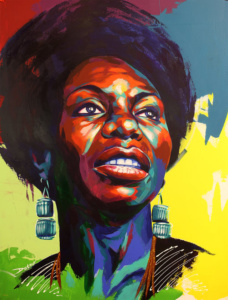 Nina is just one of the many Greats that Detour has depicted, other legends include people like Pac, Biggie, Lennon, Coltrane, Malcolm X, Einstein, Anthony Bourdain, Billie Holiday (who is currently on the wall of Nocturne Jazz club), and Charles Burrell (both local and legendary) who can be seen at the Five Points Plaza.

Much like jazz, Detour is heavy on the side of collaboration when it comes to his medium. He equally uses his tools to collaborate with and spotlight local community members he knows personally. 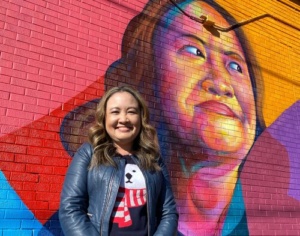 Detour’s murals of community members are usually within two degrees of separation from him, folks like a personal friend and Denver Health nurse, Trina Fernandes, or Nga Vuong-Sandoval, a Vietnamese refugee and activist who is the Refugee Congress Delegate for Colorado, and friend and professional dancer, Enock Kadima or Brotha E., whose painting Detour just wrapped in Sarasota, Florida. For Evans, the closer the better, he even uses his own reference shots when he paints so he’s not getting random depictions of his subjects.

In the last couple of years, amidst the pandemic, during a nationwide social movement in response to police brutality and the murders of innocent black people, Evans along with fellow artist Hiero Veiga and other collaborators produced murals that honored and uplifted the voices of those that were oppressed and silenced in a #Spraytheirname campaign. Among the portraits included George Floyd, Breonna Taylor, Elijah McClain, and Isabella Thallas, who passed away in Denver in 2020 from senseless gun violence. This kind of responsive art has helped in a therapeutic way for many people trying to find ways to heal from and honor those lost. 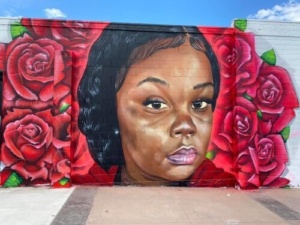 From thoughtful responsive work to improvisation, Detour and some of his collaborators have worked together enough to know how to get in sync. “He’ll [Veiga] throw something down and I’ll sort of go on top of it with something and add to it and same thing, it’s back and forth back and forth, until you know we just feel like it’s sort of done,” explains Evans.

This kind of improvisation is akin to the sound of jazz, and Detour knows how to do it well at this point. “With any musical instrument it’s me knowing the foundation and how to arrange different notes and things like that on that instrument,” says Evans. 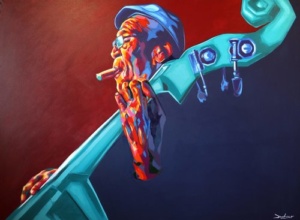 The background for his murals are random paints that build up a figurative piece, he knows what colors work together, how to layer and create balance, and using his own reference shots, he can improve from there.

“I just never know exactly what I want to do until I see the wall,” says Evans, “You always have to be open to trying new things and just going with the flow.”

With elements like time, tools, and a canvas that are always changing, being malleable is important in the creation of his work. For over five years now, these kinds of tips, tricks, and insights into Detour’s world have been put into his weekly segments called “Art Tip Tuesdays” on social media. From this massive collection of recorded knowledge, it was a natural progression for Detour to put the information into his book “Be The Artist: The Interactive Guide to a Lasting Art Career,” which was released in 2020.

“People love a new medium to sort of digest the advice,” explains Detour. He recalls when he first started out going to Barnes and Nobles to get a book on how to break into the industry.

“Everything was just like cookie-cutter rather than from an artists’ experiences that you may know from Instagram, or you may see their murals. It was mostly retired artists, and you know artists that are in a sort of a way different space. I just wanted to make something that I would want to pick up and read, that was the goal.” 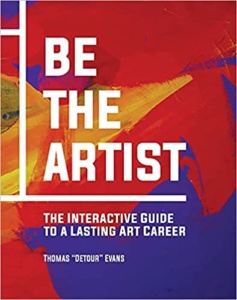 The book was designed to help up-and-coming creatives educate themselves on strategies and navigate being self-sufficient in the industry, a resource artists can use to maintain a successful profession. For Detour, success is defined a couple different ways. He enjoys the journey more so than anything. The process is important, and painting is what people may know him by, but his multiple talents are still in pursuit and he wants to be able to dive into those other areas as well.

“Being able to create what I want to create when I want to create and just like be able to support myself just on that right there alone. So for me it’s sort of like I’m successful right now so that’ what I’m doing, just trying to figure out how to ensure that I can continue doing that for years to come,” explains Evans.

Evans has a constant self-evaluation process. He makes time on a daily basis to set aside distractions and thinks about the work that he’s doing and why it’s important to him and to others.

“Cause really it’s like I just want to make work that is meaningful not only to myself, it’s good enough and important enough to sort of stand the test of time to where people want to preserve it.”

With his past interactive installations such as “They Still Live” and “The 5 Pointers,” it was important to Evans because it was important to the neighborhood. “It was different and had to be done, and sort of talked about different things that you know others didn’t necessarily want to talk about in the way it was discussed,” says Evans. The work was personal and based on life experiences, reflecting Thomas’ curiosities of the past and hopes for the future. 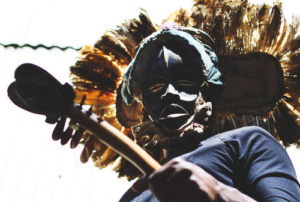 When he talks to younger artists, the best advice he can give them is to go out and live life as much as they can. “It’s more about, you know, getting out there and exploring and then seeing what perspective you haven’t sort of looked through, because we all have our own perspectives, so getting out there to a whole new country or whole new experience of life, then your perspective grows,” explains Evans. In terms of leaving a legacy, Thomas isn’t exactly sure what that will be.

“Sometimes it’s not up to me at all in terms of what people remember, I can want and wish, it’s up to them really what they want to preserve, because really it’s out of your hands. I just want to create work that’s impactful and just have it preserved and hopefully, people remember that.”

Right now, Evans is producing a mural for the Auraria campus and his alma mater at the University of Colorado, Denver. He’s also working on 3D sculpting and modeling, to transition to large-scale public art sculptures which is his next long-term endeavor. You can learn more about Thomas “Detour” Evans at iamdetour.com or his Instagram @detour303.

MCA Denver and THE DROP 104.7 Announce Media Partnership in Support of The Dirty South Exhibition