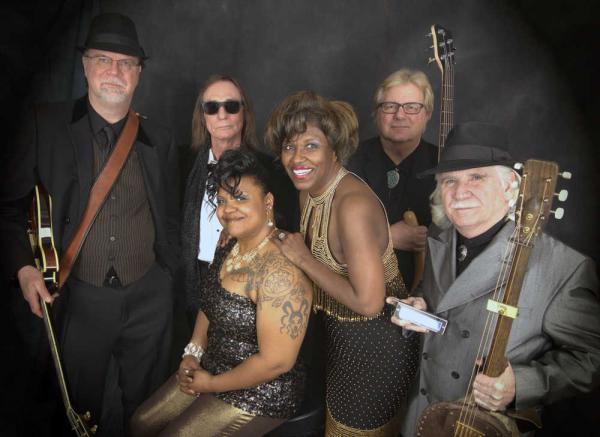 Over the next week we will be shining a spotlight on some of the talented performers you will hear during the upcoming Five Points Jazz Festival, one of Denver’s best annual musical events. For schedule information, go to kuvo.org.

Are you ready for some blues? Are you ready for some afrosippi? Are you ready to see handmade African string instruments in action? Then the Plaza Stage (between 27th and 28th on Welton) is the place for you to be May 21 from 5:30-6:30 as the Five Points Jazz Festival brings multicultural jazz to Denver. Dan Treaner and the Afrosippoi Band featuring Erica Brown will introduce you to a distinctly American-African jazz beat that has its roots in Pueblo, Colorado.

Afrosippi music is described as a combination of African world beats, Delta, Chicago, Hill Country Blues, R&B, funk and soul all rolled into one. It is the creative brainchild of Treaner, who was born in Pueblo in 1947 and grew up listening to a blend of multicultural sounds. As a young teen, Treaner discovered the blues and R&B on the local KAPI radio station and quickly became convinced that the blues was essentially at the root of all American music. He spent hours listening to Ray Charles, B.B. King, Hank Williams and Bob Dylan and taught himself to play the guitar. At 16, he joined his first band, The Steel City Blues Band.

After serving in Viet Nam, Treaner earned a master’s degree in American History, where he focused on – what else? –the evolution of the blues. Along the way, he learned to make and play African string instruments that lent a unique sound to his music; hence, the term afrosippi came into being. This form of the blues was first on display on Treaner’s critically acclaimed album, “African Winds.”  His latest CD is aptly titled, “Born to Love the Blues.” So far in his 45-year career, Treaner has performed on more than 100 releases and received multiple wards. He also started a successful program for aspiring young musicians called Blues in the Schools.

Known for their original style and upbeat energy, the band’s web page describes their music as rock n’ roll, reggae and world grooves, “sprinkled with Dylan and Cajun for a little spice. A tasty stew indeed.”

We couldn’t agree more. Come taste for yourself.