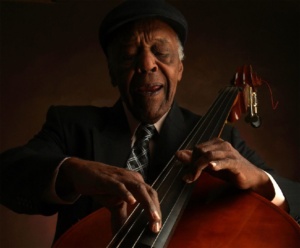 On December 4, 2021, at 7  pm, the Colorado Symphony honors Charles “Charlie” Burrell, the pioneering double bassist, with a portrait unveiling in Boettcher Concert Hall.

The portrait will be revealed at 7:00 pm, with Dragon Conducts Elgar Enigma Variations beginning at 7:30 pm. The performance features Tubin’s Concerto for Double Bass with your Colorado Symphony’s own Principal Bass Steve Metcalf in a starring role while Rossini’s Overture from William Tell highlights some of the most recognizable musical passages of all time, including the thunderous finale which is sure to have you on the edge of your seat.

Guests who attend will be provided a complimentary ticket to attend the evening’s concert performance, Dragon Conducts Elgar Enigma Variations, an experience that will not only move you but is a great tribute to Charlie’s life.

About Charles Burrell
Charles Burrell is a classical and jazz bass player most prominently known for being the first African American to be a member of a major American symphony (the Denver Symphony Orchestra, now known as the Colorado Symphony). For this accomplishment, he is often referred to as “the Jackie Robinson of Classical Music.” His orchestral career began with the Denver Symphony in 1949. In 1959, Burrell left Denver for San Francisco where he was hired by the San Francisco Symphony, becoming the first African American to play with them.

After five-and-a-half years with the San Francisco Symphony, Burrell returned to Denver and embarked on a 30-year tenure with the Denver Symphony, retiring in 1999 at the age of 79.