What is the cost of a warming planet?  The non-partisan Citizens’ Climate Lobby is trying to put a figure to that question.  Betsey House visited “First Take with Lando and Chavis” to discuss their grassroots campaign. 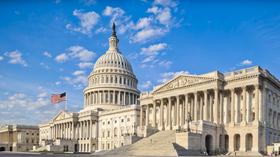 “Our mission it to train ordinary citizens in communicating with elected officials, the media and our communities about climate change and particularly about our proposal for a carbon fee and dividend.”

House explained that their initiative is not nearly as complex as the corporate carbon credits program.  ”A fee is placed on carbon-based fuels at the source (at the mine, at the well, at the border).  The fee would start at about $15 per ton of CO2 emitted.  It would go up $10 each year.  And the crucial piece is that all the money would be returned to American households  on an equitable basis.”

House estimated about two-thirds of U.S. households would break even or make money even with the higher costs (of the carbon-based energy).